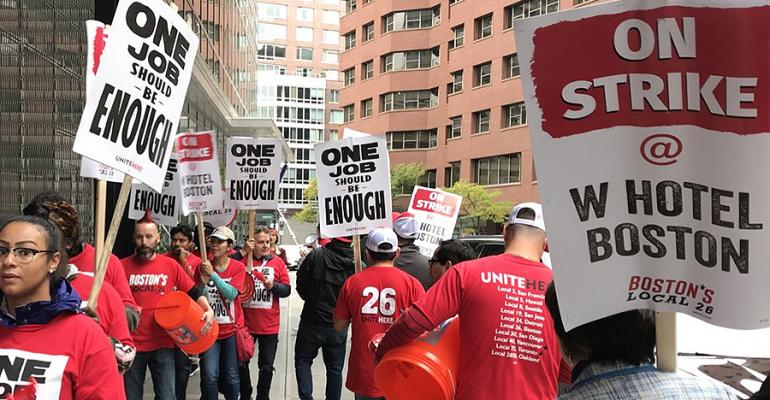 Nearly two dozen hotels now have workers on strike and off the job.

Although labor strife at big Chicago hotels is calming down, union members walked out of Marriott properties in eight U.S. cities this week, says USA Today:

About 7,700 Marriott International employees in eight cities have walked out on strike and say they will stay off the job until they reach an agreement on a new contract with the world’s largest hotel company.

The largest strike locations are Hawaii, Boston and San Francisco. The cities of Oahu and Maui in Hawaii have 2,700 Marriott workers on strike, San Francisco has 2,500, and Boston has 1,800. The other affected cities are San Diego, Oakland, San Jose and Detroit. Almost two dozen hotels have been affected.

The employees are members of Unite Here, which has spent months in negotiations with Marriott. The contracts expired over July and August. The workers include housekeepers, front desk attendants, restaurant employees, bellhops and most anyone else not in a management position.

The employees are asking for increased wages …. USA Today