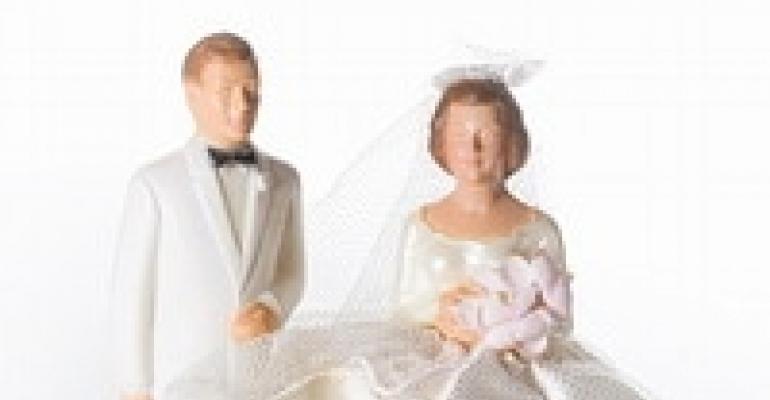 Voters passed bans on same-sex marriage in Arizona and Florida in yesterday's elections, and while the tally is not yet final, proponents of a ban in California hold a narrow lead. The contest in California--the ban contained in Proposition 8--has been the most expensive social-issues campaign in U.S. history, with spending pro and con at $74 million. The battle's price tag is second only to the race for the White House.

Many California wedding professionals saw a rush of interest from same-sex couples in May, when the state Supreme Court ruled that such unions were legal. When county offices began issuing licenses to all couples on June 17, San Diego-based TK&A Custom Catering saw a “100 percent increase” in calls from same-sex couples looking into wedding receptions, notes CEO Lisa Richards.

Some event pros began actively pursuing the same-sex marriage market. The Fairmont San Francisco debuted its “Love is Proud” wedding and honeymoon packages. The hotel donates 10 percent of revenue from same-sex weddings at the property to the Academy of Friends, a local organization benefiting AIDS/HIV charities in the Bay Area.

Further, the same-sex wedding market has meant incremental rather than monumental business in other markets where the unions are legal.

Mary Crothers, head of Toronto-based event rental company Chair-Man Mills, tells Special Events that same-sex weddings have increased her business by 5 percent since Canada approved the unions three years ago, a figure that has remained constant.