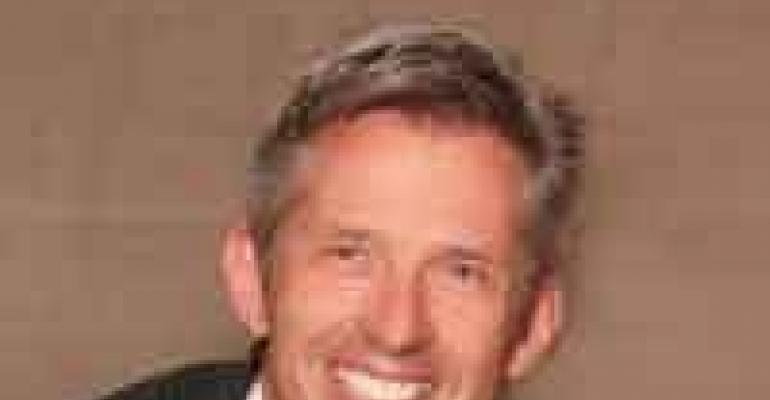 Bryan Rafanelli on what he has learned from everyone from the former First Lady to the parking valet.

Successful careers are often born out of passion for the work itself. And this certainly describes the career arc of Bryan Rafanelli, CEO of Boston-based Rafanelli Events.

Coming from what he describes as “a big Italian family,” Rafanelli tried a few fields at first. “I come from a family of lawyers,” so there was some pressure to be an attorney, he notes. He studied political science in college with the plan of heading to law school but instead took a post as an assistant buyer for tabletop items at a major department store. He then tried his hand at interior architecture design.

It was a volunteer post that led him into the world of professional events. After losing a friend to AIDS, “I wanted to turn my pain into action,” Rafanelli says. He began volunteering to work on special events on behalf of the AIDS Action Committee. “Working for the charity not only became a passion, but events was something I really loved doing,” he says.

And here his professional career took wing. “One of my first wedding clients was someone I met through the charity, and my business grew from there,” he explains. From its launch as a one-man operation in 1996, Rafanelli Events now has more than 25 employees and oversees more than 100 events a year from a network of offices including New York, Washington and Palm Beach, Fla.

Although he has been a leader in events for years, Rafanelli's celebrity quotient zoomed after he helped a bride with her wedding in July 2010. That bride was Chelsea Clinton, daughter of the former U.S. president and the current secretary of state.

As a result of producing the 500-guest event, held at Astor Courts in Rhinebeck, N.Y., “I get really great reservations at restaurants and hotels, and inundated with requests from young people wanting to work for the company!” Rafanelli says with a laugh. “I often say that my headstone will read — proudly — ‘Chelsea Clinton's Wedding Planner.’”

But Rafanelli thanks his clients. “I was brought up with the highest respect for the office of the president of the United States and this incredible country,” he says. “No matter what your political affiliation, to support the daughter of a former U.S. president and her fiancé, Marc Mezvinsky, a sitting secretary of state, Hillary Clinton, and her magnificent grandmother, Dorothy Rodham, was an honor I will never forget.”

Indeed, Rafanelli finds something to admire in, and something to learn from, both his famous clients and the hardworking people who support them. “I am influenced by every person I come into contact with — from the young man managing the valet parking to the general manager of a major hotel,” he says. Which is why he recommends, “Treat ever person you meet with respect and kindness. Never send an angry email or hang up on anyone — no matter what.” He adds, “Check your sense of entitlement at the door — even after you become CEO.”

“Think like the customer. Go where they go. Eat where they eat. Play where they play. The more you understand their ‘normal,’ the more you can create something that is extraordinary in design, in service and in execution.”

THE GOOD, THE BAD

Rafanelli is most proud of: “My common sense and ability to always present value to the client.” And not? “I wish I could learn to say ‘no’ more often.”

“If someone says ‘no, it cannot be done,’ find out why. Never take ‘no’ for an answer.”