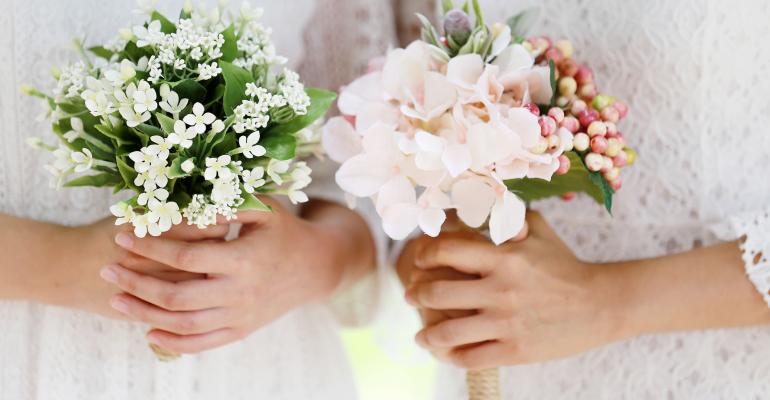 Yesterday's decision leaves the issue of refusing service to same-sex couples based on personal beliefs up in the air.

The U.S. Supreme Court yesterday said it would not hear the case of a florist who refused to make an arrangement for the wedding of a same-sex couple. The court sent the case back down to a lower court, advising that the lower court reconsider its decision in the wake of the Supreme Court’s recent ruling—Masterpiece Cakeshop vs. Colorado--protecting a baker who refused to make a wedding cake for a gay couple, notes the L.A. Times:

The court sent back a pending appeal from a florist in Richland, Wash., who was convicted of violating the state’s civil rights law for refusing to provide a floral arrangement for a wedding of two men. The court’s one-line order on Monday said Washington state judges should reconsider the case “in light of Masterpiece Cakeshop vs. Colorado.”

In that case, the justices, by a 7-2 vote, ruled narrowly for a Colorado baker, but without deciding whether he had a right to refuse service to two men who were preparing to celebrate their marriage. Instead, the court ruled only that members of the state civil rights commission made comments that reflected a “hostility to religion.”