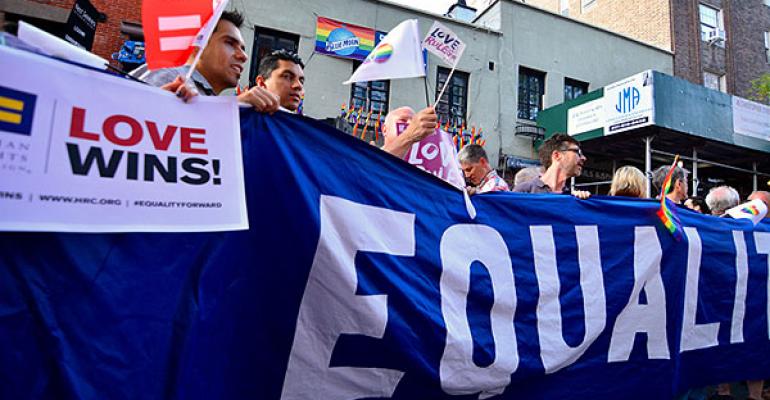 Wedding professionals in states that had their same-sex wedding restrictions overturned by the U.S. Supreme Court&#39;s landmark decision Friday say they expect to see a boost in their wedding business but are unsure just how big it might be. 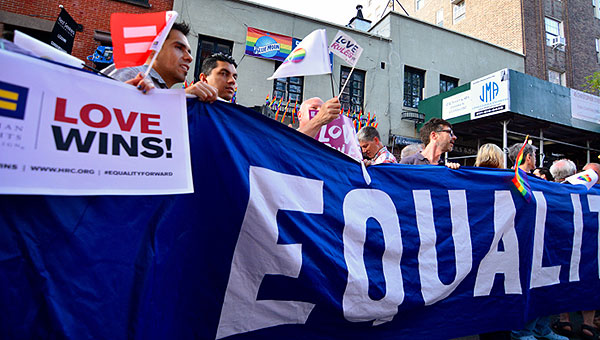 Wedding professionals in states that had their same-sex wedding restrictions overturned by the U.S. Supreme Court's landmark decision Friday say they expect to see a boost in their wedding business but are unsure just how big it might be.

Tanya Posavatz, president and CEO of Austin, Texas-based Clink Events tells Special Events that estimates her company's wedding business could increase by about 10 percent. "We have been doing 'commitment ceremonies' for years," she notes, "both in Texas and as destination weddings in other states where same-sex marriage was already legal. I think the fact that these weddings are now legally recognized here in Texas will increase their number and size/spend locally. Texas couples won’t feel the need to go to other states to get married, and they will feel more comfortable celebrating the way all couples do--with bigger events."

FLOOD OR TRICKLE? Other wedding vendors caution not to expect a business bonanza in same-sex weddings.

For some perspective, Mary Crothers, then-head of Toronto-based event rental company Chair-man Mills, told Special Events in 2009 that same-sex weddings increased her business by 5 percent after Canada approved the unions.

While she is pleased that the option is marriage is now "rightly available" to all couples, Delores Crum, CERP, president of Austin-based Premiere Events, says she expects only incremental new business.

"Google says there are 770,000 gay couples living in the U.S.--a relatively small percentage of the general population, so the numbers just aren't there," she explains. "Some same-sex couples may have already married in states where gay marriage has been allowed. Others may indeed have been joined in a commitment ceremony, as a small number of our customers have in recent years. Some same-sex couples, like their heterosexual counterparts, may simply choose not to marry. So Premiere doesn't anticipate an avalanche of gay/same-sex weddings--but we think there will be a 'trickle.' Weddings are still an expensive option, and not necessarily universally desired."

Lisa Hopkins Barry, director of catering with The Houstonian in Houston, predicts she might pick up from one to three more weddings per month.

"I have done same-sex weddings for over three years now, and expect them to continue to provide a very important part of my business plan and bottom line," Kemble says. "I think most would probably agree that same-sex unions are smaller in size, yet in my business plan yearly review, numbers show they are spending as much, if not more, on their special day as a man and a woman.” 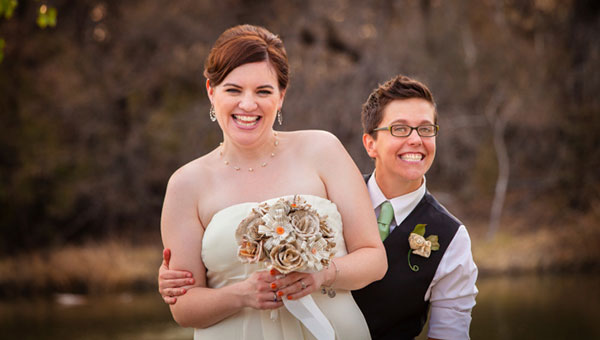 The challenge for the wedding industry, Kemble says, will be to change its mind-set about what a wedding "should" include.

"For example, I heard from a same-sex couple who had a very awkward visit to a tuxedo shop," Kemble explains. "One of the ladies wanted to wear a tuxedo for the wedding, and the tuxedo shop employee was literally speechless and taken back. I later talked to the manager who admitted he needed to educate his employees on same-sex unions and the reality that one of the females may very well want to wear a tuxedo."

Kemble stresses the need to refer to the "couple" versus the "bride and groom."

"The catering menus we present need to be more couple-oriented and presented for a couple versus a bride and groom," he says. "Additionally, learning to ask who is going to walk down the aisle first and similar topics must become a part of our wedding dialogue.”

In fact, Kemble will be glad when same-sex weddings are no longer an exotic topic: "While this is a milestone decision for our country, I will be equally happy when we start to refer to a same-sex union as simply a 'wedding' and not a 'gay wedding.'"

Vendors Who Just Say No

While many in the wedding industry are eager to take same-sex couples as clients, observers caution that this may not be the case for all vendors or for all staff members at a vendor company.

A catering executive who asks to remain anonymous says, "Employers may have employees who will object to working same-sex wedding events for faith-based reasons, and they will need to be prepared for that. There’s always the possibility that business owners will have the same concerns too, and decide to close their businesses. I guess there’s a possibility we could lose people in the industry. It’s tough to know at this point."

Even though the media has glommed onto incidences where, for example, a bakery refused to make a cake for a same-sex wedding based on religious convictions, Patrick Cuccaro thinks this is unfair to many in the hospitality industry.

"What a terrible shame that our community has been represented this way," says Cuccaro, managing director at Atlanta-based Affairs to Remember Caterers. "As a past chairman of the board at the Georgia Restaurant Association--a group that today represents over 408,000 employees in the state of Georgia alone--I can tell you that there’s no other large industry that is more inclusive on all levels, with all people. This is an industry where, for instance, a woman of Hispanic origin and meager means can grow through the ranks and become a major food rock star."

TIME TO PUSH BACK? He adds, "Our industry is full of LGBT people, minorities and others who haven’t always enjoyed the benefits of mainstream society. It’s unfortunate that we haven’t pushed back on this messaging that the media has foisted upon our industry."

Cuccaro thinks that as same-sex weddings grow, this demographic will change the shape of the wedding industry itself.

"The social constructs that are in place to support heterosexual weddings--including extensive family involvement and financial planning for the event--haven’t been as available to the gay community," he explains. "Affairs to Remember is already the caterer of choice for many LGBT people--that won’t change--and it will be very interesting and exciting to see how the catering industry will play a role in wedding receptions for the gay community as they develop their own unique traditions, which they will undoubtedly do. I, for one, plan on being around in ten years so that I can see some of the new ideas and traditions that will be created by this remarkable group of people."

Dealing with Competitors Within Your Wedding Market
Aug 10, 2020