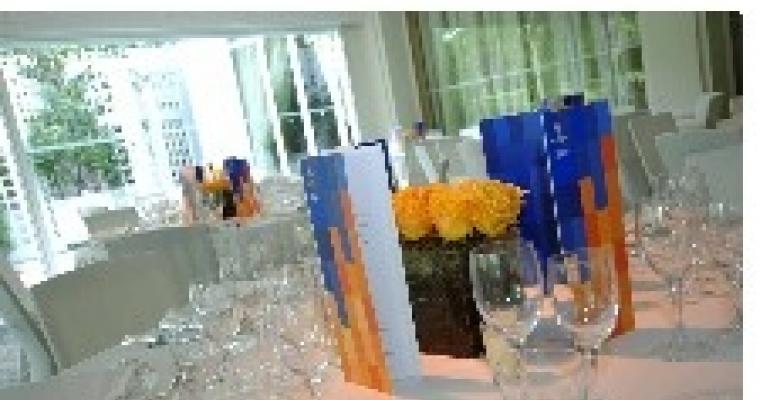 Whether they call it football, futbol, sakka or soccer, more than a million fans from throughout the world are gathering in Germany for the FIFA (Federation International Football Association) World Cup matches, which begin Friday. High-stakes sporting events always bring high-profile special events, and the World Cup is no exception.

Larkspur, Calif.-based SportsMark Management Group is at work creating hospitality suites for five clients, including two major FIFA sponsors. In addition to producing special events for more than 750 guests at one of Berlin's premier venues, explains Joanna Snyder, the company's director of corporate communications, SportsMark is producing suites in Berlin, Munich and Frankfurt in early July during the semifinal and final matches.

"The suites are designed to create warm, intimate, creative and comfortable places for SportsMark's clients and their invited guests to meet, network, have a meal, conduct business meetings, and enjoy the action and spirit of World Cup in subtly branded environments," Snyder tells Special Events. "From concept and design, to build-out and fabrication, SportsMark is looking forward to seeing the beautifully finished suites in July!"

But the run-up to the Cup has already sparked plenty of event business. For example, last month, London-based Imagination Ltd. helped client Ford Motor Co. reach out to more than 1,500 corporate VIPs as well as the public during the UEFA (Union of European Football Associations) Champions League final in Paris. Corporate guests enjoyed an eve-of-match gala dinner along with official Ford pre- and post-match hospitality in exclusive, football-themed environments at the Stade de France.

In addition, a series of experiential events offered around the city entertained visiting fans and the public, including a dedicated area at UEFA's "Champion's Festival" at the Trocadero and themed activities at UEFA's two official "fan zones" near the Stade de France. The Trocadero area was open daily from noon to 8 p.m. and featured an experiential walk-through showcasing 50 years of European champions along with a giant gyroscope. Staff handed out 50,000 logo tote bags.

In April, Worcester, England-based MMM took the "Goodwill Tour" for major World Cup sponsor Hyundai to London, Birmingham and Manchester. The daylong events featured a four-meter (13-foot) ball, on which attendees wrote goodwill messages for the England team. In addition to thrice-daily, 20-minute shows featuring dancers and music, MMM arranged special guest appearances by celebrity players Peter Shilton and Alan Ball, who were available for Q&A sessions with the public.

Eight of the latest Hyundai vehicles were displayed, together with a specially trained MMM crew who could demonstrate the cars, answer questions and arrange for test drives at a later date. “We designed the day to be as interactive and fun as possible, and to appeal to a wide age and football interest-level range – not just to enthusiasts or aficionados," MMM director Charles Moyle says. "It’s been immensely popular. Football is really at the forefront of people’s minds and imaginations at present."