/sites/all/themes/penton_subtheme_specialevents/images/logos/footer.png
Recent
Recent
Dallas Event Producer to Open Virtual-Event Studio
May 12, 2021
TSE Spotlight: The Hybrid Solution
May 11, 2021
The Magical Ingredient for Virtual Events
May 10, 2021
Who's News in Special Events for May 6, 2021
May 06, 2021
How Non-Fungible Tokens Will be Present at Events and How to Start Applying Them Now
May 04, 2021 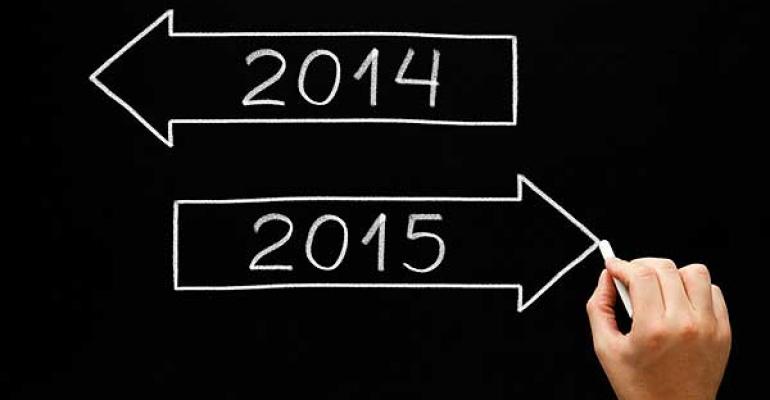 According to the latest survey from Penton Research, conducted annually for Special Events, a healthy 81 percent of respondents expect 2015 will be as good or better for their event work as last year.&nbsp;

What's new in the new year? Many in the special event industry have a renewed optimism about business.

According to the latest survey from Penton Research, conducted annually for Special Events, a healthy 81 percent of respondents expect 2015 will be as good or better for their event work as last year.

In a marked contrast to responses from readers since the Great Recession, worry about a shaky economy has dropped markedly for both in-house and independent planners. Only 21 percent of in-house planners say that "an uncertain economy" will be a hurdle in 2015—the lowest figure in the last 10 years. By the same token, only 11 percent of in-house event pros are fretting about their own company's "uncertain finances."

The independent event pros are a bit more nervous, with 43 percent of saying an "an uncertain economy" will be a challenge in 2015. But again, this is the lowest figure in 10 years.

TECH CAN BE TOUGH Another marked change: growing concern over how to integrate technology into events. A total of 19 percent of in-house event pros and 20 percent of independents say that "coping with new technology" will be a challenge in 2015, the highest figure in the last 10 years. The technique of "adding new technology capabilities" jumped to No. 5 on the list of key strategies for the new year, according to independent event pros, up from No. 8 last year.

As we do annually, Special Events asked our Advisory Board what challenges and opportunities they expect to face this year. And despite optimism about the economy, most don’t see the days of lush budgets coming back anytime soon

The incentive business is back and companies are spending on these events, says Rick Jobe, president of Jobe and Associates, Dublin, Ohio. But they demand value for budget spent, he says. C-level executives "understand the value of an event," Jobe says, "and they want to know and understand the return on their investment."

As a result, Jobe finds that his clients want top-quality events but won't pay top dollar for them. Instead, clients require "more production value on a smaller budget," Jobe says, while insisting on "greater or equal value to the previous year's events."

And what will be costing top dollar? Sad to say, it's an event essential—food. Food prices went up about 3 percent last year, according to the U.S. Department of Agriculture, with another increase forecast for 2015.

COSTLY CUISINE "It will become increasingly more difficult for us to make money in the food department," warns Lisa Hopkins Barry, CPCE, CMP, director of catering at The Houstonian Hotel, Club and Spa, Houston. To stay afloat, "We will need to be aggressive in managing our costs and quoting pricing that will make a respectable profit for our businesses."

Putting more pressure on the margins of event pros are a wave of would-be competitors, who are willing to work for less.

The year 2015 will require "keeping up with the competition, with the large number of new wedding consultants in my market, charging much less than the experienced, award-winning ones!" says Frank Andonoplas, MBC, head of Chicago-based Frank Event Design.

"The industry and the leaders need to respect themselves and the industry and set a high bar for creativity and value," Michaels says, "We need to stop undercutting each other constantly, which leads to unhealthy client expectations in negotiations."

See the full story in the January-February issue of Special Events, available free to ISES members and to all others for a nominal fee. Click here to learn more.