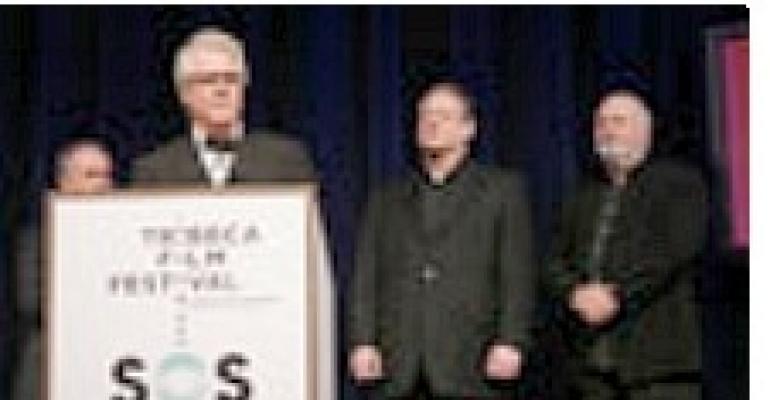 As reported last week in Eventline, the stage is set for a slew of events aimed at making the most of Saturday's momentous date: 7/7/07.

The biggest of them all will be "Live Earth," an international concert series that will attempt to bring 2 billion people together to combat the climate crisis. The Los Angeles-based Live Earth organization will stage concerts for 24 hours across seven continents, featuring more than 100 headliner acts running the gamut from the Police, Genesis, Bon Jovi and Madonna to Kanye West, Kelly Clarkson, the Black Eyed Peas and Jack Johnson.

Live Earth marks the beginning of a multiyear campaign to prompt individuals, corporations and governments to take action to solve the climate crisis, the organization says. Live Earth is partnering with the Alliance for Climate Protection, the group lead by former U.S. Vice President Al Gore.

But many other events are capitalizing on 7/7/07. Peter Kaz, general manager of Visual Concepts & Design of Calgary, Alberta, tells Eventline his team is producing a wedding, a "lucky 7" casino party, and a James Bond "007"-themed trade show on July 7. "It will be 50,000 square feet in a variety of 007 themes," he says.

Also emphasizing the "lucky 7" angle, four local real estate companies in Douglasville, Ga., will attempt to beat the housing slump by hosting the "First Annual Lake Wedowee Poker Run" for potential buyers. The event will consist of a tour of seven homes currently for sale, a poker game where the best hand wins $777, food, entertainment and prizes.

Ginny Cooper, president of Divine Events of North Fort Myers, Fla., will be creating a "fire and ice" party for her client, a architectural and design firm showcasing its new building to some 250 guests. The client chose July 7 not for luck but because "they really got a kick out of the date," Cooper says.

TOO MANY TO MARRY

But mostly, 7/7/07 will bring a wealth of weddings--and event planners interviewed by Eventline were offered more business than they could handle. "I am working on a home wedding," notes Tobey Dodge, CSEP, head of the Wedding Connection by Tobey Dodge in Woodland Hills, Calif. "I have received no less than six other offers for the same day."

Ed Pickens of Park Avenue Catering in Mansfield, Ohio, tells a similar story. "I am catering two weddings--both at 250 guests--on 7/7/07," he says, "and turned down at least six other catering requests--one coming as late as two weeks ago."