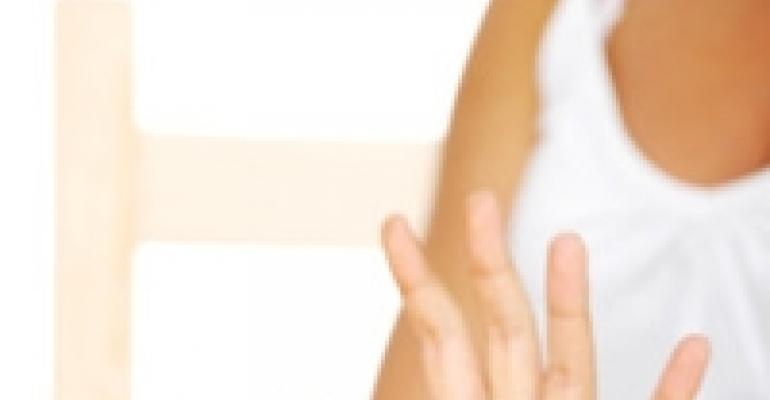 From a completely gluten-free menu to an order for a rattlesnake entree, caterers are facing more and more special requests for event menus.

Gluten-free, strictly vegan, hold the nuts … Fully 100 percent of caterers responding to a recent informal survey from Special Events say that they have seen event clients and their guests become more demanding about their menu choices in the last five years.

The hottest menu request: the gluten-free menu, cited by nearly a quarter of all respondents.

Clients who ask for gluten-free dishes seem to fall into three camps: those who have celiac disease and cannot tolerate gluten, those who believe that avoiding gluten will help them lose weight, and those who feel better if they avoid it.

In second place come vegetarian menus, cited by 23 percent of respondents. But caterers have to be careful about how the client defines "vegetarian," says Ronnie Davis of New York-based Great Performances. "In California, it means a vegan meal, but in Chicago, it means you can include cheese," he says.

Requests for vegan menus come in at third place, cited by 15 percent of respondents.

Next come requests for menus without nuts, cited by 8 percent of respondents, followed by a long list of special requests, from low-sodium dishes to the "no's" (no garlic, dairy, onion, red meat, pork, etc.) to menus that adhere to kosher and halal rules.

Fully 95 percent of caterers say that the percentage of specialty orders they plan for has gone up in the last five years. "Ten years ago, I would have said that we serve about 5 percent special meals," notes Pamela Brunson, vice president of marketing and brand communications with Los Angeles-based Wolfgang Puck Catering. "Five years ago, it went to from 5 percent to 10 percent, and today, from 10 percent to 20 percent."

Forty-four percent of respondents say that the demand for special dishes tends to come from a certain demographic, largely urban clients, younger guests and women more than men. Several caterers say that weddings bring out more special orders than corporate events do because the attendees are generally younger.

But the majority of caterers—56 percent—say the guests of all ages and from all walks of life are no longer shy about making special requests.

Only 13 percent of caterers say they charge more when a client has a large percentage of special orders. Instead, the majority say that careful consultation with the client before the event helps the caterer determine how many special orders are likely to pop up, and so price the event accordingly.

Some of the strangest menu requests caterers have received:

"I have two clients who don't eat anything that grows at night."—Kai Loebach, Kai's Catering and Events, Los Angeles

"We have had one specific client who is never happy--doesn’t want this, that or anything in-between. We once brought an old-school frozen TV dinner and placed it in front of her--she got the joke … sort of. We recently got a request for scotch mixed with milk. We did it but wow--if you need to mix milk with your scotch because of an ulcer, maybe just the straight-up milk would be a better idea, though less fun?"—Stephanie Blackford, Epicurean Culinary Group, Denver

"I think the strangest was no tomato/no eggs/gluten-free/vegan/no pepper/no salt/no alcohol used in the cooking, and no garlic--all from one client when she arrived, with no advance notice--ugh!"—Tony Conway, CMP, A Legendary Event, Atlanta

"I had a vegan client who had 200 guests to her wedding and insisted on giving them vegan all weekend. I even had to go to the hotel and cook her rehearsal dinner for 150 as hotel would not do it. But … the wedding cake we made out of Duncan Hines cake mix with egg substitute and Betty Crocker canned frosting--all vegan! Who knew?"--Pauline Parry, Good Gracious! Events, Los Angeles

"One client recently asked us to remove the salt from her gravlax. And another wants us to send only 'really hot' waiters."—David Turk, Indiana Market and Catering, New York

"One client could eat only red meat. No vegetables, no wheat, no milk, nothing else. I really don’t think it was all allergies; it was more preferences." – Jerry Edwards, Chefs Expressions, Timonium, Md.

"A client reached out to guests in advance about special dietary needs, and a whopping 30 percent of the guests replied with special requests in advance. That’s a lot of planning! During the course of the event, about five minutes before the first course was to be served, a server informed us that one guest would require a gluten-free, fermentation-free meal with no tomatoes, no onions, no cheese and no red peppers due to food allergies."—Ashley Mitchell, Affairs to Remember Caterers, Atlanta

"We had a vegan, lactose-intolerant guest who said she wanted seafood."--Stacy Zeigler, Bold American Events, Atlanta

"A completely vegan dinner buffet, where everything had to look and feel ‘non-vegan.' Basically the client wanted vegan food but knew most guests may be disappointed with that, so wanted to ‘fool them’ as much as possible. It came off pretty well, but certainly was pricey as we needed lots of specialty processed soy proteins and wheat proteins that are designed to look and feel like meat products."--Cheryl Bennett, Main Event Caterers, Arlington, Va.

"We have had several requests in the past few years to have all of the food pureed for guests who’ve had oral surgery. One guest had such a restricted diet that every one of five courses had to be designed with only white rice and a handful of other ingredients."--Eric Michael, Occasions Caterers, Washington

In Part II, we will share menu, planning and pricing strategies caterers are using to cope with the rising tide of special requests.

Customization to be Key in Special Events in 2012, Fairmont Says