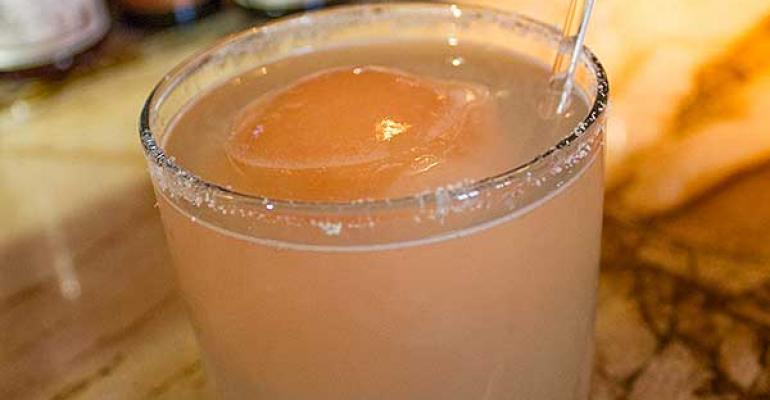 Cocktails Get Juiced Up at Special Events

ALL JUICED UP Hand-crafted, cold-pressed juice is arguably the biggest beverage trend going (second, perhaps, only to cold-brewed, micro-batch coffee), with hip little juice bars popping up on just about every metropolitan corner. Not surprisingly, these healthful libations are being incorporated by mixologists and hotel food and beverage departments into cocktail recipes at special events. “Fresh, cold-pressed juice is in very high demand right now, and guests do not have a problem paying extra for it,” says Vincent Mauriello, managing partner of Gerber Group, owner of The Roof and Kingside bars at Viceroy New York as well as the LCL Bar & Kitchen at the Westin New York Grand Central.

The food and beverage department of the Four Seasons Hotel San Francisco takes it a step further, often offering mini shots of detoxifying juice cleanses during the cocktail hour. (Think of it as a preventative measure.)

Gary Cahill, food and beverage manager at L.A.’s Viceroy Santa Monica, is meeting the juice craze with the hotel’s signature “Rejuice,” an organic, cold-pressed, hand-crafted beverage made with all-local produce. “We have seen a massive demand for cold-pressed juices to be offered at meetings and events,” he says. “Also, we cater a lot of bar and bat mitzvahs, so we are used to creating elaborate non-alcoholic cocktails using fresh purees, fruits and herbs alongside premium mixers such as blood orange soda or ginger beer. Drinks without alcohol deserve the same mark of sophistication as those with.” On that note, The Fairmont Olympic Hotel in Seattle has had great success with its fruit-infused lemonades, such as strawberry-lime and peach-lemon.

Healthy and fresh is all well and good, but sometimes, says Cahill, you’ve simply got to spike the punch. “Punches are making a big comeback with many mixologists creatively combining sugar, herbs, spices, citrus and blends of alcohol and juices,” he says. “Over a decade ago, punches were generally poorly made, messy, fruity concoctions. Recently, they have become more sophisticated by using fresh ingredients. And they are great for large events, as batches can be pre-made during the day so that bar service during the event is quick and efficient.”

ICE, ICE BABY! From hand-carved, shaved and chiseled at the bar to smoked and flavor-infused in the glass, cocktail ice is far more than just a cube of frozen water. “Ice of all sizes, shapes and flavors is one of the hottest beverage trends right now,” says Matt Holder, assistant food and beverage director for Four Seasons Hotel San Francisco. Holder’s current cocktail coolers are peach tea-infused two-inch squares and four-inch grapefruit ice balls, the latter he uses in the hotel’s signature cocktail--the Hop Dog.

The full story appears in the November-December issue of Special Events, available exclusively to subscribers.