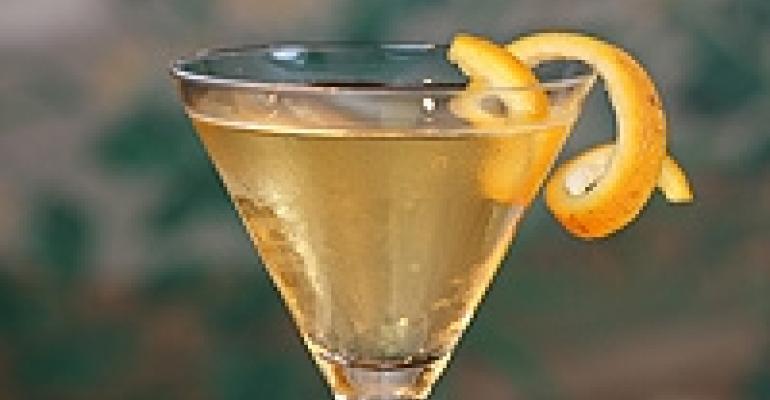 Whether on the rocks, up, neat or with a twist, traditionally made, retro cocktails are still the darlings of the bar set, particularly at hotel events. “Vintage cocktails have long been—and will continue to be—an expectation of guests who attend events at our hotel,” says Alan M. Shukovsky, director of private social catering at New York’s famed Waldorf Astoria.

“Many of the cocktails that we associate with being classic have been served at the Waldorf Astoria since the repeal of Prohibition," Shukovsky says. "There is even a photograph in our archives of the legendary Oscar Tschirky, toasting the staff of the hotel on the day Prohibition was abolished.”

Speaking of gin, the favored booze from the 1950s is putting the “it” in today’s spirits-based drinks. “Gin has become a popular liquor with our mixologist, and is competing with vodka in traditional mixed drinks,” says Terry Shields, CPCE, CSEP, director of catering at the Rosewood Mansion on Turtle Creek in Dallas. “Vintage cocktails are still going strong, which is why gin has surfaced as a major player in this area.”

And like vodka, gin is well-suited to infusions—from fruits and vegetables to herbs and spices. “Because many of our specialty drinks for events are color-themed, we tend to stay with the lighter and white liquors,” he adds.

ON THE DARK SIDE

On the darker side, single-malt scotches, served neat or on the rocks, are still holding strong on reception menus, according to Brent Duncan, director of catering and conference services at the Four Seasons Hotel in Westlake Village, Calif., as are whiskey-based signature cocktails with a contemporary twist, such as a whiskey sour with elderflower liqueur.

“This time of year naturally blends well with darker whiskeys and cognacs,” adds Peter Cwalino, CSEP, senior catering manager at the Fairmont Dallas. “When the weather is cold, we often see more demand for darker, richer liquors that fit the season. For example, we recently served Hennessy on the rocks at an Indian American wedding celebration.”

Local, hand-crafted, small batch—the buzzwords of craft beers and micro-brews are now defining the best of bottled spirits. “In our cocktails, we use local ingredients and regional liquors, such as tequila and vodka from Texas, whenever possible,” Cwalino says, adding that ingredients and garnishes are most often plucked from the Fairmont Dallas' 3,000-square-foot rooftop garden.

The entire text of this interview will appear in the November-December issue of Special Events. The magazine is free to ISES members; subscriptions can also be ordered here.

The Keys for Event Pros to Stand Out from the Competition
Jul 01, 2020