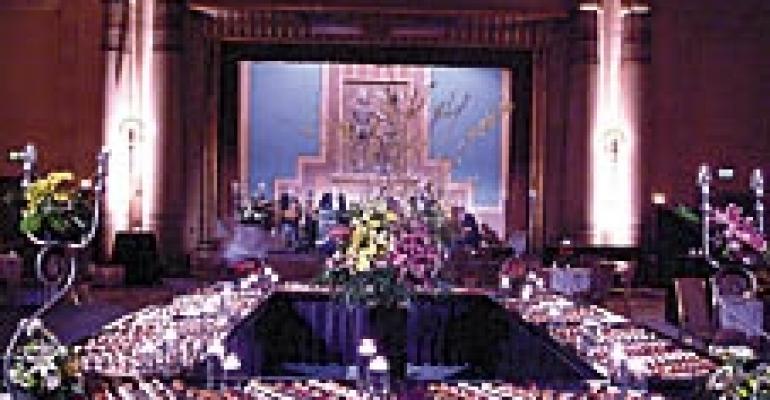 PAR FOR THE COURSE

AT A TIME when marketing budgets for feature films average $40 million to $60 million, it pays to seek out alternatives to the usual TV and newspaper ad campaigns.

For the independent film “Bobby Jones — Stroke of Genius,” that's just what Betsy Wiersma, CSEP, owner of Englewood, Colo.-based Wiersma Experience Marketing, set out to do for her client, the Bobby Jones Film Foundation. The foundation — created to raise money for causes close to the heart of the movie's subject, golf legend and philanthropist Bobby Jones — wanted to develop events “to build grass-roots friendships and relationships and buzz before the movie premiered on April 30,” Wiersma explains.

To spread the word, Wiersma and her team recruited charity partners to host screenings of the movie in the two weeks leading up to the film's public release. Charities applied for approval to show the film, and the 70 groups that were accepted paid for event kits that included customizable invitations and programs, promotional items and movie-related auction materials, as well as an advance copy of the film. The charities then kept all proceeds from the screening events. “We empowered the charities with these kits, so they had a consistent, branded image of the movie … but they weren't hindered by not being able to use their creativity,” Wiersma says, noting that while some charities held elegant black-tie dinners, others went a more casual route with a popcorn-and-soda movie screening.

Before staging their events, the charities benefited from weekly conference calls and e-mail newsletters, as well as a 24-hour hot line. A special Web site offered all collateral materials, which was important because “the charity partners didn't have to wait for us — they could just go [to the Web site] and get a press release or picture or logo,” Wiersma says.

The promotional campaign also called for traditional red-carpet movie premieres in four strategic cities. Events in Los Angeles and New York gave the film movie industry credibility, while Atlanta (where Jones grew up), and St. Andrews, Scotland, the home of golf and where many scenes were filmed, were chosen for their close ties to the movie. In each city, Wiersma managed the event planners who coordinated the premieres, which like the private events raised funds for local charities, creating even more buzz for the movie and Jones' legacy of giving.

While meeting the film's public release date was a challenge, the 74 private events reached 30,000 people, raising more than $900,000 for the participating charities and resulting in “thousands of inches” of positive press in local and national publications, Wiersma says. “We learned that when it looks great on paper, it still comes down to individual relationships, and although we had tons of tools and materials, people still needed help to understand the system.” She adds, “It was bigger than a movie — it was a movie that made a difference.”