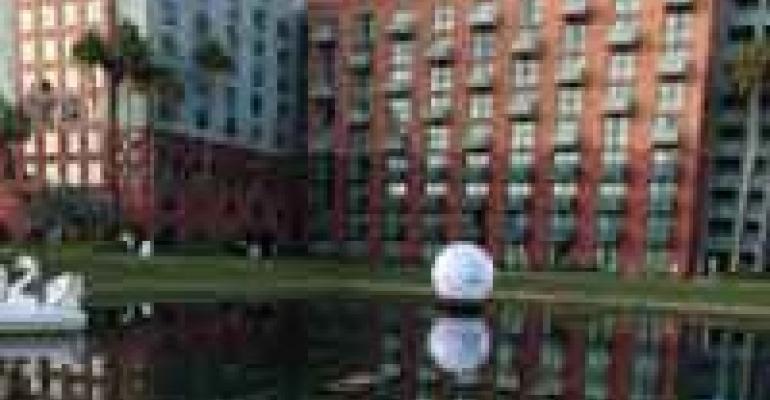 When it came to producing a three-day global sales conference for Delta Airlines, the objectives of Houston-based event planner Deborah Elias, CSEP, CMP, were clear: provide myriad experiences for the client and maximum exposure for the VIP event sponsors.

Held in May at the Disney Swan and Dolphin Resort in Orlando, Fla., the event comprised three distinct evenings devoted to eating, drinking, entertainment and, of course, branding.

The welcome reception, a beach party dubbed “Fire and Ice,” was sponsored by American Express and featured the company's trademark ice blue contrasted with flame orange as the color scheme.

The next night, the “Love the '80s” party — sponsored by BCD Travel and spirits giant Brown-Forman — paid homage to the era of Valley Girls and Vuarnets with the '80s band Rubik's Cubed. Food stations looked like the ubiquitous puzzle game as did the centerpiece glow bar, which was topped with a giant custom-made replica of a Rubik's Cube. The focal point of the evening was a candy station designed to look like a giant Rubik's Cube. The bar was filled with bowls of nostalgic sweets such as Pop Rocks, Jolly Ranchers, Zotz and Charms Blow Pops.

Food and beverage stations were combined, so that each dish was complemented by a coordinating cocktail. Among the popular stations: “Crab and Watermelon,” which featured compressed watermelon topped with crab and micro greens paired with a “Velvet Elvis” cocktail made with Brown-Forman's Jack Daniels' Gentleman Jack; and “Chicken and Waffles,” which offered fried chicken, waffles, bacon powder and syrup paired with a “Southern Squeeze” cocktail made with Southern Comfort.

Guests were entertained by vintage arcade games and an interactive graffiti artist, who encouraged them to pick up some spray paint and decorate a designated wall. An “album wall” festooned with album covers of the era completed the retro theme.

The final night — “Chefs and Champagne” — showcased two “live” champagne bars, which greeted guests with glasses of bubbly upon arrival. One “bar” was a woman wearing a “champagne dress” tiered with glasses of champagne, while the other, a gravity-defying “human chandelier,” featuring a woman suspended from its center, pouring glasses of champagne for guests to reach up and grab. The silver, white, red and turquoise color scheme honored sponsor Carlson Wagonlit, and sponsor logos were embroidered on pillows and printed on all cocktail paraphernalia.