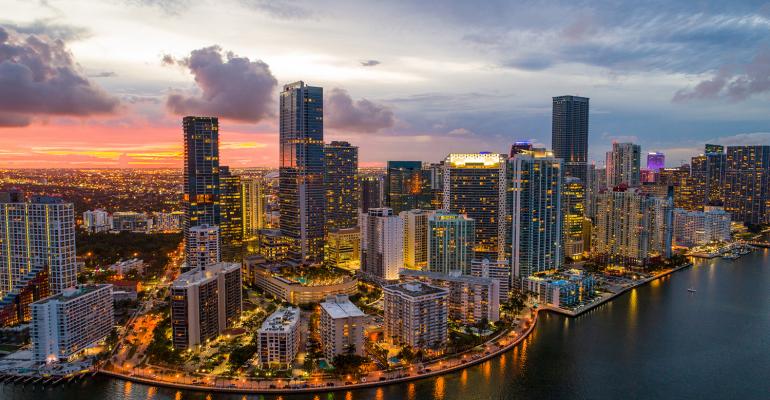 Three Cities in the Running for Democratic Convention 2020, Leader Says

Event pros in three big U.S. cities are holding their breath--will they be planning DNC parties?

Red or blue, liberal or conservative, event pros agree on one thing: Political conventions bring a bonanza of special events to their host cities. For the Democratic National Convention, slated for July 13-16, three cities are finalists, with the decision due in few weeks, says the Journal Sentinel:

Tom Perez, the Democratic National Committee chairman who will decide which city gets his party's 2020 national convention, said Sunday that Milwaukee, Houston and Miami are "all in the hunt."

The three finalist cities have waged monthslong campaigns to secure the convention, where Democrats will nominate their presidential nominee.

A decision was expected this week, but that could be pushed back, Perez indicated.

"We have three finalists, Milwaukee, Houston and Miami," Perez said. "They're all in the hunt."

"We're hoping to make the decision within the next few weeks, at the most," Perez added. "My goal is to make it by the end of the month. I hope to keep that. But my goal is to get it right and if it takes a few days over then we're going to make sure we get it right. We have an embarrassment of riches, quite frankly” … Journal Sentinel