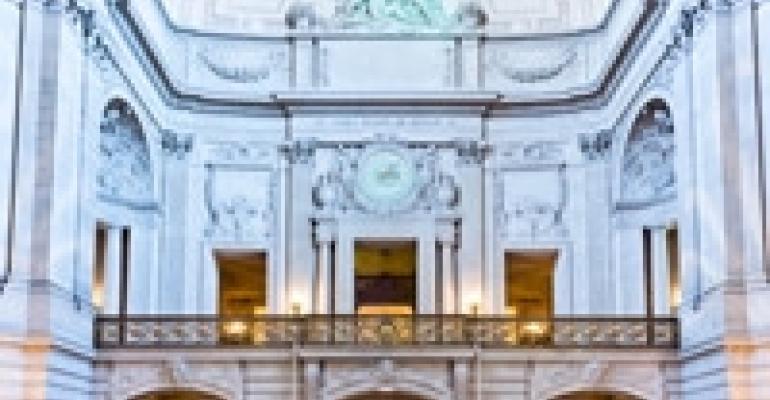 A study in contrasts sets the tone for the San Francisco Symphony's 100th anniversary gala.

For one June night in San Francisco, a city known for its foggy shades of gray, everything was black and white. Produced by San Francisco-based Blueprint Studios, the annual Black and White Ball celebrated the San Francisco Symphony's 100th season while raising money for music education programs in Bay Area schools.

Celebrating such a milestone was not lost on the event team, which also included Taylor Street Productions, McCalls Catering, BBJ and Classic Party Rentals. The team used the contrasting shades of the event's theme to create the illusion of two different parties — one black, one white.

To accomplish this task, the event team split the interior of the main event venue, City Hall, right down the middle by running two contrasting carpets down the grand staircase and through the center of the building's rotunda. One runner led to the black party, the other to the white party. The North Light Court, completely wrapped in black drape, featured an all-black palette including furnishings, linen, floral and a black dance floor. An all-white version dominated the South Light Court ...