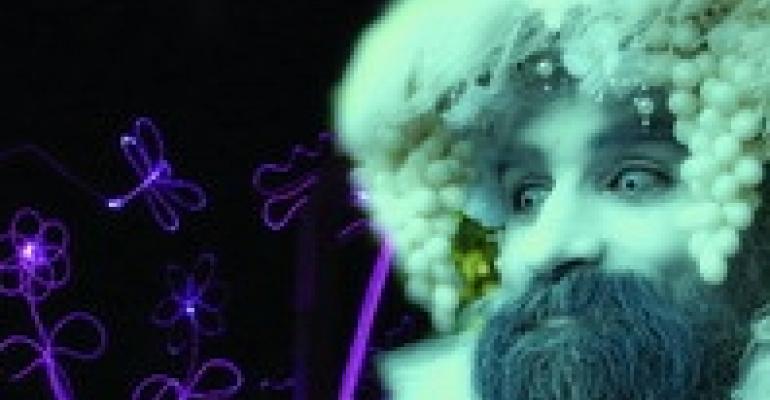 What's hot and trendy one minute can receive a chilly reception the next. And nowhere is this more evident than in the world of entertainment. But some forms have remarkable staying power. For your consideration, four great examples:

THE SOUNDS OF MUSIC

If there's a staple in entertainment, it's music. But lately, clients have broadened their approach by passing up mainstream performers and requesting newer, edgier options instead, notes Geoff Thomas, senior vice president of Los Angeles-based TBA Global. And while big-name acts are far more likely to play events now than they were in the past, these days clients may prefer hiring indie bands that “you may not have heard of,” Thomas says.

But big names still can create a big impact. TBA recently pulled off a music extravaganza for 17,000 Wal-Mart shareholders in June with tastes “as broad as broad can get,” Thomas says. The three-day annual meeting, near company headquarters in Fayetteville, Ark., featured headliner performances every evening, including actress/singer Queen Latifah, who emceed, country musician Tim McGraw, soul artist Joss Stone, “American Idol” finalist and Oscar winner Jennifer Hudson and “American Idol” winners David Cook and Carrie Underwood. The popularity of “American Idol” added a noticeable charge to the event, Thomas notes. “When David Cook was walking around, there was electricity around him.”

Will cirque-style entertainment ever cool off? In fact, “Requests for snake charmers seem to be down,” deadpans Michael Manzanet, owner and creative director of Los Angeles-based WonderWorld Entertainment, who employs many former Cirque du Soleil artists. But if cirque acts receive a few tweaks, often they're ready for their next bow. Manzanet has one performer who takes Hula Hooping to a new level by spinning up to 60 hoops at once while doing handstands, backflips and the splits.

WonderWorld showcased the best cirque has to offer with mind- and body-bending entertainment for a June fundraiser for the J.F. Shea Therapeutic Riding Center at the Montage Hotel & Resort in Laguna Beach, Calif. To start, “An entourage of whimsical characters, including stilt-walking women in Victorian costumes, a vivacious ringmaster balancing on a rolling globe, and a featherless red bird character” greeted the 450 guests outdoors, Manzanet says. A free-standing pole rig provided a stage for aerialists performing 20 feet in the air while clinging to swaths of chiffon and an aerial hammock, which allowed them to cocoon themselves in the fabric, Manzanet notes, creating “striking silhouettes.”

Eventually the ringmaster led the crowd into the hotel ballroom where “winged diva” characters greeted guests. Then the official show began, which included contortionists, acrobats performing on poles and duo body balancing.

Manzanet feels confident cirque's appeal will continue. “Modern cirque shows have been around for nearly 25 years,” he says, “and both Los Angeles and Dubai [United Arab Emirates] are getting long-term Vegas-type shows.”

Who needs reality? With the economy in a downswing and security worries on an upswing, comedic and fantastical entertainment have plenty of appeal. And San Francisco-based Gregangelo & Velocity Arts & Entertainment doesn't stop at providing fantasy elements — it offers whole altered realities.

For a six-hour combination bat mitzvah and family celebration in June, 280 guests flew in from around the globe to experience Gregangelo's “Illuminated Garden” in an Atherton, Calif., city park. Fifty artists entertained the worldly bunch, aged 13 to 80, starting with acrobats greeting guests at the “Tickled Orange” maze, a structure covered in marabou feathers that characters peeked through. The maze spilled out into a flying trapeze area, where guests — all properly trained — could be trapeze artists. And if partygoers didn't feel like flying, they could stay grounded in a game of human bowling. All they had to do was step into a giant circular cage and have someone roll them toward the pins.

The multicourse dinner brought with it comic waiters and dazzling acrobatics. Performers on jumping stilts did front- and backflips while contortionists dived between their “legs.” After dinner, a full-scale, hand-painted labyrinth, which manager Jeffrey Ferns describes as “like the Chartres [Cathedral maze] in France,” went 3-D. What looked like flowers painted on stone slabs during the day turned into a knee-high garden with the help of 3-D glasses, black lights and fiber optics. Performers in 6-foot orbs added to the surreal ambience.

Ferns predicts high-tech altered realities will remain popular in events, as long as event planners stay on the forefront of the technology needed to create them. But ancient forms of entertainment can also start new trends. Gregangelo has “repackaged” fortune tellers with a “hydromancer, who resurrects the ancient art of fortunetelling through water ripples,” Ferns says.

While fantasy is popular, there is still room for reality. More and more, reality TV and the user-generated video site YouTube are fodder for event entertainment. Jeff Kalpak, partner and president of New York-based Barkley Kalpak Associates, says clients often request ballroom dancers because of the hit reality TV show “Dancing with the Stars.” Reality-based entertainment has staying power, he notes, because “people want to be involved and can do so by cheering on a favorite performer or getting the chance to participate themselves.”

YouTube inspires the duration of shows as well. YouTube video snippets can be forwarded throughout people's offices quickly, Kalpak notes, and the influence on event entertainment is marked. “There is a trend toward everything being shorter. It's a quick hit,” he says. “The fact that you can actually watch something in 2 1/2 minutes and be thoroughly entertained is where we're heading.”

Reality inspired the ultimate in customized entertainment for the final-night gala of a pharmaceutical client's annual meeting in October. Three-fourths of the crowd of 700 were women in their late 20s to mid 40s who worked from home. Because the home-based attendees didn't work together, the company wanted the entertainment to both entertain and give the guests a chance to interact. So Barkley Kalpak put on a program influenced by the TV show “America's Got Talent,” where guests submitted videos of unique talents pre-party, and the top seven — including a bell-ringer and a twirler — performed as part of the show.

Not to say this was amateur hour. Kalpak notes that the formula worked because it was “anchored in professional entertainment.” Professionals narrated the event, and non-finalists could take the stage by participating in a comic musical number with the professionals.

In the end, a show with amateurs isn't much different than a show with professionals, Kalpak says. He advises “really work with them because they are your stars now” — and maybe do “a little extra hand-holding.”

BATTLE OF THE BANDS AND THE BANKROLL

You want your guests to steady rock it all night long? You'll have to pay a price. But which one? Adam Kahan, senior vice president of New York-based Empire Entertainment, gives us a breakdown of the best bands within a range of budgets. All prices include performance fees only and are subject to change.

Legends of Rock and Soul

Starts at $20,000 and varies according to performers

The Vegas-y performance features three to five “head-liners” per show, allowing “Bruce Springsteen,” “Tina Turner” and “Dolly Parton,” among other music giants, to perform at the same event. After the celebrity-esque singers are finished, you can opt to have the backup band continue to play with their own vocalist for 60 to 90 minutes to get the crowd dancing.

The original lead of the Broadway musical “Moving Out,” which features the music of Billy Joel, is a particular favorite of Kahan's, who says Cavanaugh's act offers optimum bang for the buck. The Tony-nominated singer specializes in Joel's music and “other universally loved songs,” Kahan says, such as hits by Elton John, the Beatles and even country rock along the lines of “Sweet Home Alabama.” If the crowd wants '80s music, Cavanaugh can supply that too, from Night Ranger's “Sister Christian” to Whitesnake.

Fame has a price — and a costly one for an event planner booking the big names. But pop-soul duo Hall & Oates provides a name event-goers will instantly recognize along with a repertoire of singalong hits including “Sara Smile,” “Rich Girl” and “Kiss on My List.”