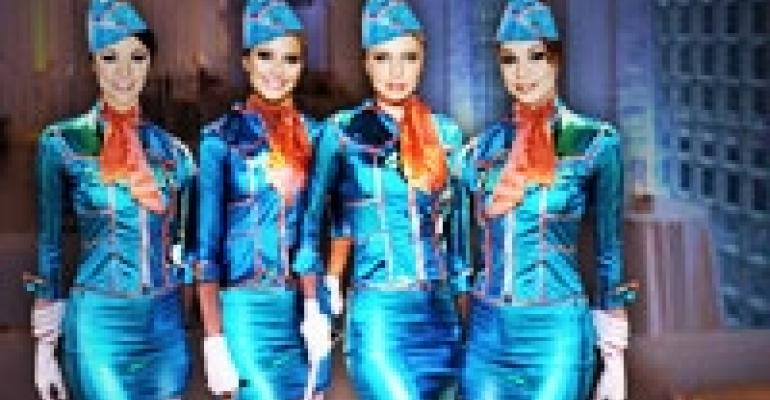 As the economy gets stronger and the international audience grows bigger, corporate event entertainment is ready for its close-up.

Special Events What type of acts are most in-demand with corporate events today, and why?
Rolando Espinoza Corporate clients come to Las Vegas for a wow factor; as a result, we produce many of the unique acts you see on television’s “America’s Got Talent," including LED break dancers, A-class magicians (pickpocket artists, sleight of hand, etc.), shadow theater performances. Other hot acts include female DJs and luxurious, interactive strolling characters with elaborate Cirque du Soleil-style costuming.

SE By the same token, are there other acts that are falling out of favor?
RE Traditional music, including bands and singers, are very difficult to sell to corporate clients unless it is an established recording artist [such as] Kelly Clarkson, Maroon 5, etc. Comedians have become simply too racy for corporate audiences, and international clients do not understand the jokes.

SE What is driving the corporate market today—an improving economy or continued uncertainty? We see incentive trips coming back ….
RE Corporate confidence and positive perception are improving the overall budget of events--at last--but only in certain hot spots; Las Vegas and Orlando come to mind. Branded trade-show after-parties will never go out of style. International corporations from India, Australia and Canada are treating their top sales executives to exciting trips in Las Vegas, the Grand Canyon and beyond.

SE Will the big flap last week over the U.S. General Services Administration having a mind reader at a conference hurt corporate entertainment this year, or is it yesterday’s news?
RE Small, recent event news is often overshadowed by the strong ROI. Experimental marketing initiatives and high-tech are making events more interactive than ever, making corporate events relevant and more powerful.

SE Do various geographic markets have different preferences?
RE Not really. It seems now that entertainment preferences [are] dictated on what is seen on TV and "how can I get it at my corporate function."

Geographic entertainment style preferences only come into play when discussing if the program is indoors or outdoors. Great weather will always put Florida and California ahead of the pack when it comes to corporate entertainment--after all, who wouldn’t want branded swimming mermaids in Miami at their corporate event?

RE International clients, including India, Australia, Brazil, Canada and China, are starting to reappear in Las Vegas, especially as immigration and visitor visas are becoming more common. Expect to see a wave of Chinese corporate business demanding “American-style” corporate entertainment. The growth in Asia has made many companies wealthy, and they are ready to travel.

Special Events What type of acts are most in-demand with corporate events today, and why?
Paul Creighton Headliners are still strong, and acts that segment their performances into short vignettes are doing well. This gives those acts the versatility to work in business meetings, in awards shows, and in between meal courses.

SE Are there other acts that are falling out of favor?
PC For a large portion of the corporate market, it’s still not acceptable for companies to look like they are having fun. Party bands are having trouble in this segment. And I believe that cirque shows are becoming passé. They’ll both be back--they always are--but right now, it’s a tough sell.

SE What is driving the corporate market today—an improving economy or continued uncertainty?
PC Companies still need to engage their sales staff, their clients, their suppliers. Confirmation cycles continue to shorten as planners wait until the very last possible moment to confirm, but the economy is getting better, and the number of events we are seeing supports that view.

SE Will the big flap last week over the U.S. General Services Administration having a mind reader at a conference hurt corporate entertainment this year, or is it yesterday’s news?
PC It will be a story for a week, and then it will be gone. But it points out that as an industry, we still do a lousy job of telling our story. We haven’t done a good job of explaining why this industry exists and what value we deliver to companies looking for a return on investment. That the focus of the story is a $3,200 mind reader is absurd. We have to do a better job of defining why events matter.

SE Do you have an example of a recent event where the entertainment was the perfect fit?
PC We recently produced an incentive trip for 250 guests in Vietnam. This is a high-end, slightly older audience that has seen it all. In the past they’ve had Lionel Richie, Carole King, Kenny Loggins and Reba McEntire, to name a few. Finding the right fit for this type of audience is always a challenge, especially after so many years. But we found the perfect act this year.

Olivia Newton-John does not work a lot these days, but she’s back out and better than ever. Her show was a perfect mixture of music genres--pop, country and, of course, "Grease"--personality and showmanship. ONJ is a true star in every sense of the word, and this show ended in an extended standing ovation.

SE Do various geographic markets have different preferences?
PC Obviously each area has its different specialties. For example, Jimmy Buffet bands are huge in Florida but not in Memphis, Tenn. Blues bands are big in Memphis but not in California.

Next Page: Doing More with Less

Special Events What type of acts are most in-demand with corporate events today, and why?
Richard Pollock Corporations are taking more advantage of the tribute band/celebrity impersonator route to save budget. Especially with a good lighting job, you can't tell the difference.

The most interesting phenomenon in the corporate entertainment circuit today is that more and more comedy club stand-up comedians are becoming corporate motivational/topical entertainers/speakers. It's a lot easier for a stand-up who already knows how to humor an audience to learn something motivational to entertain and say than for an educated person with a motivational story to be able to present an entertaining speech to a live audience.

This phenomenon started in Hollywood after the comedy club boom with the new breed of TV sitcoms. Stand-up comedians were able to adapt better to acting on TV than actors were able to deliver the timing to being funny on TV. Rosanne Barr, David Spade and Jeff Foxworthy all used to work at my Funnybone Comedy Club for a few thousand dollars per week, versus the $75,000-$150,000 they now receive for a night!

SE Are there other acts that are falling out of favor?
RP Larger bands are being replaced with smaller ensembles with computerized synthesizers that sound like three to six additional musicians without the budget.

SE What is driving the corporate market today—an improving economy or continued uncertainty?
RP Heading into elections, everything is coming back for the short haul. With the heat on Washington officials and their free ride to corporate stock, they've backed off of scrutinizing the corporate community that's been stuffing their back pockets.

SE Will the big flap last week over the U.S. General Services Administration having a mind reader at a conference hurt corporate entertainment this year, or is it yesterday’s news?
RP It has no effect! Smart corporate planners never let it affect them.

SE Do various geographic markets have different preferences?
RP It's not a matter of one act doing well geographically, In Texas, we get to roll out the red and white tablecloths with a Western-style themed event for one night, but during the rest of the conference, we have to be able to offer other themes like Viva Las Vegas, New York/New York, Mardi Gras or one of the other 40 that we have in our creative box! Obviously, NFL Dallas Cowboys cheerleaders aren't always appreciated--performing even with Santa Claus--in other NFL cities during football season.

SE What is the latest entertainment craze?
RP The newest craze at weddings is little people under the bride's dress instead of a garter! Now, "leprechauns" are working all year long instead of just St. Patrick's Day or dressed in red, white and green for Christmas as an elf!

See the full story in the May-June issue of Special Events.

See It, Friend It: How Social Media is Shaping Event Entertainment