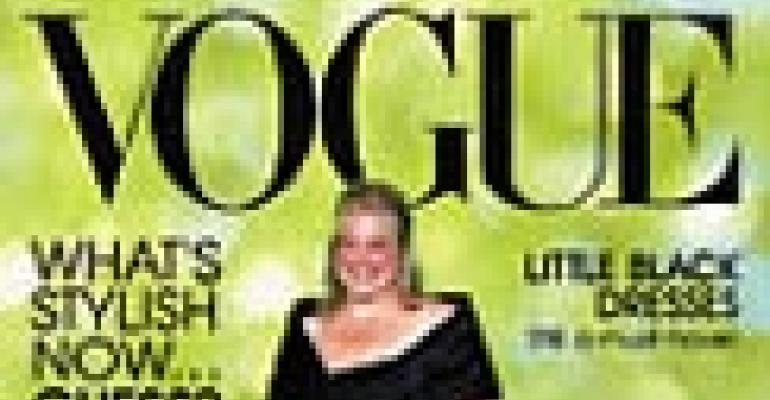 Getting in on the Act

GIVING GUESTS A CHANCE to get into the action is what interactive is all about. But today's interactive event entertainment, whether of the high-tech or high-touch variety, also offers unique opportunities for theming, branding, team-building and more. In our cover story, sellers and buyers weigh in on the benefits of hands-on fun.

Finding new items for his interactive inventory — a collection that features every kind of hands-on entertainment product from casino equipment to virtual bowling — is Gregg Dukofsky's top priority.

The president of Plainview, N.Y.-based Interactive Entertainment Concepts says that new options in interactive are the big lures for clients such as VH-1 and Chase Manhattan.

Among his freshest choices is the Immersitron virtual reality unit, which allows a maximum of 120 participants per hour to engage in virtual sports or fantasy battles. Dukofsky touts the unit as ideal for more upscale affairs because the use of “green screen” technology instead of headsets means guests don't have to worry about marring hair or makeup.

Another popular IEC item — the Cool Pix photo station — helped client Vogue magazine at a series of recent events where hair and makeup took center stage. For the private in-store events, created to promote a partnership between Vogue and fashion line Guess, IEC programmed the photo station to superimpose guests' images on Vogue covers, which the guests could take home as keepsakes. Vogue director of fashion and retail merchandising Annie Rinella says that the activity wasn't just a lot of fun, but also helped Vogue “extend its brand beyond just the two-hour event. It keeps the partnership with Guess in the guests' minds beyond that one moment.”

The maker of such components as a mobile IMAX-type theater — the unit gives participants a three-story-high screen effect and “in the action” feeling through individual head-mounted displays — is a good bet in an event environment where most guests have been raised on computers and video games, says creative director Scott Jochim. “It's part of their lifestyle, that interaction.”

In addition, clients can brand the experience in a powerful and yet cost-effective way, as one concrete company did by having Digital Tech Frontier program its logo and colors onto virtual race cars. Though the client “didn't have a million dollars to sponsor the next NASCAR race,” Jochim explains, it still got “a personal experience that was branded properly, visually and aurally, so it was experiential.”

On top of that, high-tech interactive entertainment has the power to appeal to even the “been there, done that” crowd, he adds, pointing to the case of a recent event for a pro sports league's well-heeled team owners.

Digital Tech Frontier provided the event with a sensory theater that allowed guests to “drive” virtual race cars by moving their heads. The event's guests, “gentlemen and ladies who know the best of the best,” Jochim says, were able to “experience something really cool that they'd never seen before.”

The event's planner, Marguerite Berry of Scottsdale, Ariz.-based Marguerite Berry Associates, adds that the virtual experience further enhanced the event's “New and Now” theme, while doing what virtual entertainment does best: “{It} enables guests to get a little out of their comfort zone — somewhere they may have always wanted to go.”

Rather than high technology, high energy is the appeal of interactive programs from Michael Bongar Entertainment.

Terry Vogel of Ronkonkoma, N.Y.-based Enchanted Parties/Event Pros Group, a longtime Michael Bongar client, says she turns to the Brooklyn, N.Y.-based interactive specialist when she needs “something unusual.” This past spring, the unusual took the form of a live country band, dancers and a square-dance caller — all part of a company picnic event Vogel chose Bongar to work on for client Time Warner.

Bongar's music crew first traveled to various Time Warner offices, encouraging employees to get into the square-dance act. The interactive “pre-hype” events helped build anticipation for the big bash, which was being staged as a real picnic — rather than a company-sponsored employee trip to an amusement park — for the first time.

For his part, Bongar — an entertainment industry veteran and former Ringling Brothers Clown College attendee — points to the Time Warner event as an example of the unique properties of interactive. “It's entertainment that contains an element of human connection,” he says. “Here we are in this age of disconnection, talking to each other over the phone, e-mails, Blackberries, video games.” Activities such as participatory square dancing, as well as Bongar's signature Team Circus program — participating event attendees learn and perform actual big-top circus routines — bring human beings together and “really put you in the moment.”

Proving the point, Party Hats client Sheri Pizitz, of Dallas-based Events Un-limited, points to a spring event she produced for a hospital consortium in San Diego, where Party Hats is based. Pizitz hired Markowitz and crew to bring their pre-formed hats and decorating materials to an undersea-themed after-party following six separate dinners for different attendee groups. With Party Hats' colorful station located just inside the entrance to the event space, guests from varying ranks within the corporate group, who might not have had much in common, got a chance to mingle and make wearable conversation pieces. “It's a great icebreaker,” Pizitz says. “The client loved it.”

While hat-making can lead to lively talk, Markowitz notes, its essentially nonverbal nature makes it an ideal option for international or otherwise diverse groups. “Everyone can do it,” she says. “It doesn't matter what race, culture, language or age.”

For Jan Kearney, West Coast president of Cast of Thousands in Berkeley, Calif., Giving good interactive entertainment means getting the right performers for the job.

“We do training workshops for talent to get people in the theater world to understand the difference between theater work and event work,” Kearney says. “They have to make that transition.” But not all actors can serve as the interactive costumed characters that Cast of Thousands is known for providing, she explains. “Some people can be brilliant on stage … but when you take that person and put them out on a floor, face to face with guests, they can be lost without that direction.”

The ability to think on one's feet is critical for those Cast of Thousands actors who serve as character greeters, strolling entertainers or masters of ceremonies. An example: the ISES Washington chapter awards ceremony Kearney's company was pulled in to work on when the event's MC suddenly canceled. Event producer Nancy Shaffer of Washington-based Bravo! Events by Design says that after fretting over the loss of the original MC — a person well-known to the guest group — “I realized that without his persona, we could go anywhere we wanted to go.”

Kearney provided performer Jim Nieb, who announced awards as characters ranging from President George W. Bush to TV's Crocodile Hunter. Nieb also ran out into the audience, climbed over chairs, wrapped himself in string lights and incorporated guests into his comic routines. Such antics may not have been ideal for a typical corporate group, but the well-trained Nieb was able to read his audience and “knew he could go further,” Shaffer says. “It brought a different level of energy into the room. Nobody wanted to leave their seats. Everybody there got something out of it, even if they weren't an award winner.”