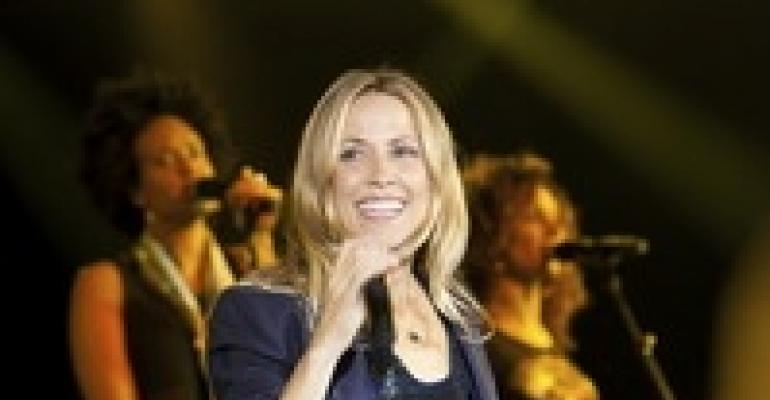 Pop culture and social media &#8212; they're the top topics on everyone's lips, and the key influencers behind event entertainers' hits.

REALITY CHECK: TV's reality genre is driving Corporate Magic's productions — and big time. Why? “Because the trend now is to make events as organic and genuine as possible,” notes director of marketing Bonnie Kudlicki. “The millennial generation doesn't want to be talked to or told what's cool, and they don't buy scripted meetings. So we've found ways to capture the ‘authentic’ nature of the latest entertainment vehicles, from YouTube to flash mobs.”

TECH TALK: Entertainment goes both ways at Corporate Magic. “We are harnessing the power of Twitter, texting and cell phones to enable audience members to participate and interact with our programming,” Kudlicki says. Besides producing killer stage spectacles, Corporate Magic is developing apps, Facebook pages and websites for its corporate events “to enable today's more tech-savvy audiences to retrieve information and to share their photos, video footage and other feedback with us.”

BROADWAY BOUND: Imagination's clients are wild for hit stage shows such as “Wicked,” “Chicago” and “Hairspray.” And, honestly, who isn't? The company has responded with its own new Broadway-quality production, “Beatles by iL CiRCo,” which company owner Sam Trego describes as “half show, half pop-rock concert, with artistic designs influenced by Peter Max and original musical arrangements that breathe new life into the timeless Beatles classics.”

TECH TALK: Trego says he loves how Facebook lets his crew keep in touch with fans while they're on the road. “People write their thoughts on the show to the cast, and the cast reads them all. It's created a direct communication between our performers and our audiences” — yet another facet to the interactive dynamic that's become critical to creating successful entertainment.

SIREN SONG: While her company's brand of entertainment defies pop-culture convention, founder Priscilla Stephan does note that “time-honored sirens of the silver screen” are the inspiration behind “The Sirens.” Consistently among Living World's most requested performances, the Sirens do their gentle gyrating — water cascading from their specially equipped gloves — either in an existing fountain or in their own self-contained pool. OK, so you've kind of got to see it to get the picture …

TECH TALK: …which brings us to the Web. As Stephan notes, “It is totally beneficial to companies to be able to get their latest information out to the public and to network with other companies.” Especially when your latest information refers to really hard to explain but visually arresting giant twisting human “vines,” and sexy swirling sea monsters — both on view in video on Living World's website.

LEAD ROLE: Since 2001, Culver City, Calif.-based WonderWorld Entertainment has been providing custom cirque productions scaled to fit events large and small. The company's “Cirque Montage” show, which features former Cirque du Soleil artists, is a pre-packaged theatrical stage production that can range from 30 up to 90 minutes in length, requires no rigging and, unsurprisingly, has been WonderWorld's most requested show for three years running.

FILM FEST: WonderWorld president Michael Manzanet says this year's circus-themed film “Water for Elephants” has proven a major influence on clients, who want to evoke the film in the form of a “full-scale production that allows guests to feel that they are part of the show from the moment when they first set foot inside the room.”

TECH TALK: While Manzanet is a fan of Facebook for letting him keep public audiences abreast of his touring schedule and upcoming performances, he says he finds it “very difficult to update the site when we're on the road traveling from one city to the next.” As a result, “I rely on good, old-fashioned print ads in magazines because they require no maintenance.”

LEAD ROLE: SME Entertainment provides headline entertainment — including the likes of Paul McCartney, Jay Leno, Jerry Seinfeld and the Harlem Globetrotters — to clients such as Mercedes-Benz, Coca-Cola and AT&T. The L.A.-based company's theatrical department creates customized Broadway- and cirque-style shows with the motto, “If you can dream it, we can do it.”

TV WINNERS: “Television is playing an especially influential role in our current entertainment offerings,” says company president Cory Shapoff. He notes that the continued popularity of “American Idol” drives requests for performances by former “Idol” contestants. And, of course, there's “Glee,” probably “the hottest show in the country.” Shapoff says SME gets many requests to replicate the wildly popular Fox hit at events.

TECH TALK: No client wants to shuffle through DVDs, pore over pages of photos or travel across the country to get in on some up-and-coming band's nightclub gig. Which is exactly why SME uses Facebook, Twitter and YouTube “to give updates on what's hot in the marketplace and alert clients to new talent offerings,” Shapoff says. Making video clips available at a click helps clients make decisions faster and with less stress, he notes.