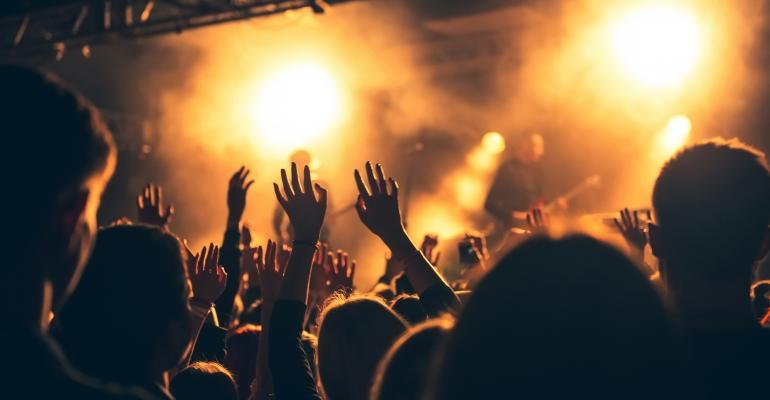 In the wake of the Las Vegas music festival shooting last fall, festival organizers grapple with how to ensure safety, Billboard says.

The world was shocked Oct. 1 when 58 festival-goers attending the Route 1 Harvest Festival were shot and killed and 851 wounded. Since then, event organizers have been grappling with the thorny issue of how to maintain a welcoming atmosphere while ensuring safety for attendees. Big music-industry publication Billboard looks at how festival organizers have addressed the challenge:

As the 2018 outdoor festival season approaches, concertgoers will encounter increased security measures and -- as a result of their implementation and fees paid to the growing group of security consultants that recommend them -- higher ticket prices. These precautions may make festival crowds feel safer, but privately, many in the live industry express skepticism that there is any foolproof way to protect outdoor audiences from a terrorist like Route 91 killer Stephen Paddock, who meticulously planned an onslaught that no one had anticipated.

“Much of what is being done is to create the perception that people are safe and to limit liability, but it’s really difficult to stop a determined individual who takes the time to plot one of these attacks,” says a source in the festival space who requested anonymity.

As another industry insider points out, Route 91 organizers had spent a year preparing for active-shooter scenarios, but did not foresee a sniper attack from above.

Live Nation president of country touring Brian O’Connell, who co-founded and promoted Route 91, confirms this: “Of the 8 million [what-ifs] that cross your mind when you promote shows for a living, that is not something that ever occurred to me,” he says. Now that the attack has become the largest mass shooting in U.S. history, security firms that specialize in risk assessment for live-event spaces are developing protocols to prevent another. Although these firms are reluctant to discuss specific tactics because “we don’t want the bad guys to know our plan,” says one security expert, they increasingly involve the latest in surveillance and detection technology. Mike Downing ... Billboard