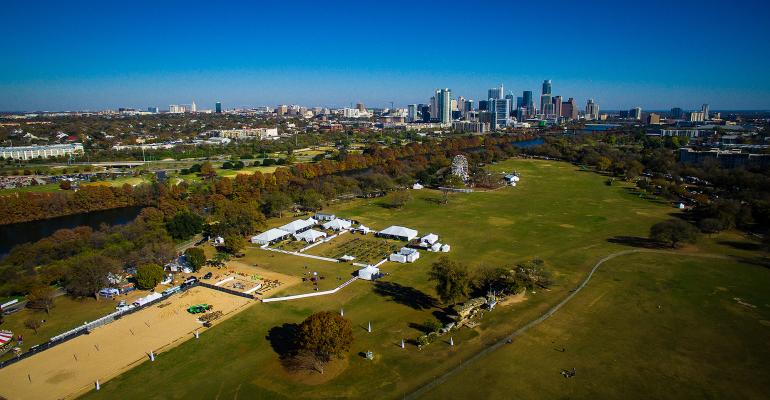 The horrific attack on attendees at a Las Vegas country music festival just over a week ago has the event industry scrambling to rethink how it keeps guests safe.

The horrific attack on attendees at a Las Vegas country music festival just over a week ago has the event industry scrambling to rethink how it keeps guests safe.

Music festivals have become a burgeoning segment of the event business. But the method used by the Vegas sniper—who killed 58 and injured some 500 by shooting from the 32nd floor of a nearby hotel—has compelled security experts to add one more potential to their list of concerns.

This lesson has already hit home for the big Austin City Limits festival, which kicked off Oct. 6 and runs through Sunday in Zilker Park, about a mile from downtown Austin, according to NPR:

The Las Vegas shooting is a chilling reminder that big public concerts remain a soft target. And the industry is still grappling with what lessons it should draw from the massacre.

"A nightmare scenario" is the way Chris Robinette described [the Oct. 1] attack. Robinette is the president of Prevent Advisors, the security branch of Oak View Group, a company that advises major sports and entertainment venues. The shooter fired from the 32nd floor of the Mandalay Bay hotel, which is separated from the concert site by a major interstate highway. Robinette predicted that the gunman's distance from the event would force outdoor venues to pay more attention to potential threats from outside the gates … NPR

As Music Festivals Flourish, Backers Fight Harassment of Attendees
May 22, 2017