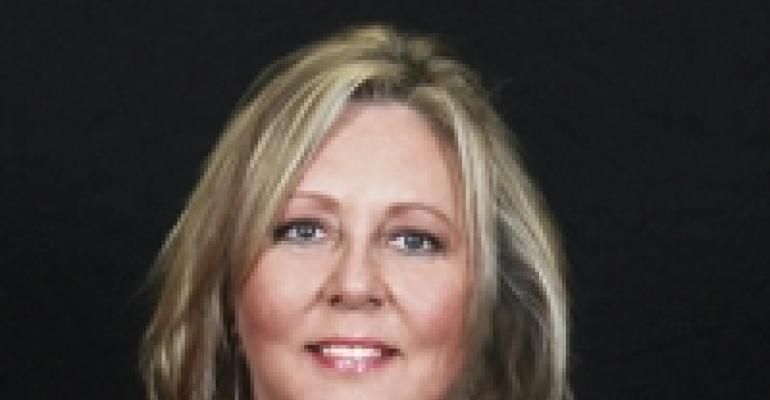 Denied the privilege of attending her parents' grownups-only parties as a child — a bitter pill that “led to my numerous attempts to run away from home,” wryly recounts Debbie Meyers, CSEP — the determined event-addict eventually got older. And got even.

Now owner of 14-year-old Dallas-based Bravo Entertainment, Meyers makes her living in the world of celebrations, supplying everything from headliner bands to full-service entertainment production for more than 500 events annually. Meyers says her success comes not from simply booking performers, but rather working with her clients to create targeted entertainment experiences. “We represent the buyer and because of that, we have substantial buying power in the market-place,” she says. “We're not concerned with finding work for particular acts.”

With her finger firmly on the pulse of entertainment innovations, Meyers also introduces her grateful clients — primarily corporations — to less conventional interactive entertainment choices, which can be exciting, cost-effective options, she notes. Among Bravo's nontraditional offerings are many “deco-tainment” performers, including living statues ranging from “bronze cowboys” to Greco-Roman figures. The statues, stationed around the event room, surprise and charm guests by suddenly coming to life and performing anything from opera favorites to standards made famous by singers Hank Williams and Patsy Cline. As Meyers puts it, “The decor becomes the entertainment.”

Whether she's working with living statues or larger-than-life headliners, Meyers says she's had to learn to work against some of her pre-Bravo career experiences in order to succeed in entertainment. The former chief tax collector and fraud investigator for the Texas attorney general's office, Meyers has learned a thing or two about toughness. But, she readily acknowledges, “You can't be tough on sensitive performers — artists don't respond well to being bullied.” While she's reined in her tendency toward “don't take ‘no’ for an answer” persistence, she has reaped the benefits of her background in other areas: “We're in our 14th year, and we've only written off one bad debt — a bride who filed bankruptcy.”

Bankrupt brides and delicate divas aside, Meyers says her choice to leave the world of collections for the world of events was the best one she ever made. “I'm wild at heart,” she says, “but I'm also pretty smart. Behind the party girl lies a total professional who is such a perfectionist.” In other words, made for the job.

“Everybody in the business is tired of the same old, same old with cirque [performances]. But just when we thought it was over, people are finding new things to dangle from. We have to remember that although we're seeing things that seem ‘so five years ago,’ they may be brand-new for people walking into an event. So we have to present them as if they are brand-new.”

“When I'm not working, I love to travel internationally to historical places. I did the millennium New Year's Eve in Tokyo. I also took a cultural exchange group to the Soviet Union. We were drinking vodka with the [former Russian secret police] KGB! There was almost no food, and the food you could get was terrible, but there was plenty of vodka, champagne and cognac!”