/sites/all/themes/penton_subtheme_specialevents/images/logos/footer.png
Recent
Recent
How to Hire and Keep Resilient Employees to Navigate Change with Dr. Deborah Gilboa
Apr 22, 2021
Who's News in Special Events for April 22, 2021
Apr 22, 2021
Why It’s Crucial That You Nurture Your Relationships With Venues
Apr 20, 2021
How to Execute a Styled Shoot with Margaux Fraise
Apr 19, 2021
How to Deal With Difficult People In Difficult Situations with Barbara Khozam
Apr 19, 2021 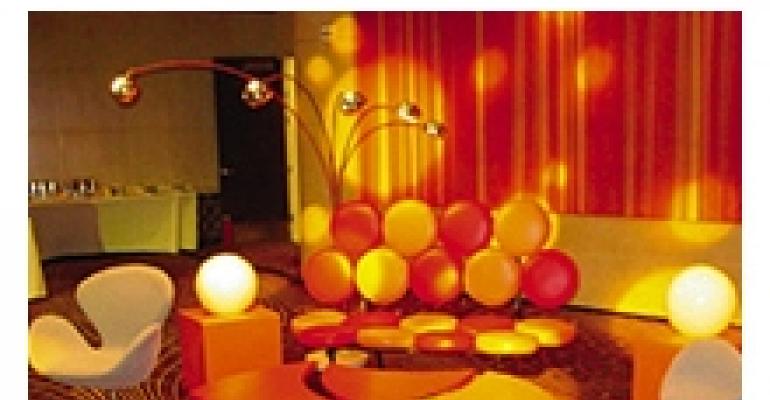 WHEN it comes to the design of event environments, nothing packs the transformative punch of props. For events today, that transformation tends to take place when prop pieces are used to create evocative seating spaces.

With 26 years of business under its belt, New York-based prop powerhouse Props for Today has become an expert in providing hot props for fashionable event environments.

In the current event scene — a scene that for Props for Today includes the wedding by Marcy Blum for singer/songwriter Billy Joel and a Lincoln Center Foundation gala created by David Beahm Design — environments range from spare and clean to ornate in the extreme.

Company founder and CEO Dyann Klein cites the “white lounge” look as one of today's most alluring. Included in the setup may be Props for Today's white sectional seating, glass-top tables and frosted glass bars. To add a touch of color to the white-and-clear background, the prop provider may also recommend its sculptural platinum “puzzle” screens, platinum and gold daybeds, or light-up sofas, chairs and cubes — “our most popular new additions,” Klein notes.

Perhaps the theme du jour is French Revival — another of Props for Today's most requested motifs, according to Klein. In that case, the prop house can satisfy demand with upholstered and gilded armchairs, antique marble-top tables, large-scale statues and columns, and formal soft seating including chaises longues, sofas and side chairs.

It's precisely such seating that marks the most significant shift Klein has seen in prop use in recent years. “More and more people are coming to us for lounges and other nontraditional seating options — from mod to ethnic, formal to ‘shabby chic’” — rather than conventional tables and chairs, she says. “This is especially true in the New York wedding industry, where brides strive to outdo one another when they say ‘I do’ by infusing their weddings with their own creative style.”

On the other side of the country, North Hollywood, Calif.-based 20th Century Props is seeing an increasing demand for theme props that run the gamut from retro to metro.

Among the most sought after items, according to CEO Harvey Schwartz, are art deco props — which may range from 20th Century's oversize angel statues to its female-form floor lamps and large-scale silver palm trees — and '60s mod pieces, such as beanbags, lava lamps and plastic “hand” chairs. Other popular period themes include “Vintage Hollywood Bungalow,” which may call for rattan bars, geometric carved-wood dividers and a “Hollywood” sign, and “'50s Diner,” done up with Cadillac front-grille banquettes, tabletop jukeboxes and neon clocks.

On the citified side of theme design is the popular “Studio 54” set — a nod to New York's legendary disco. To create the look, 20th Century might provide aluminum bars, half-moon ceiling hangings, disco balls and black leather banquette booths.

Whatever props event pros demand, 20th Century is in better shape than ever to provide the goods, having acquired a significant chunk of Merv Griffin Productions' prop inventory last year. The acquisition yielded pink furniture and white booths along with many other items, Schwartz says. On top of the Griffin goods, the prop house also has added chic seating inspired by architects Mies van der Rohe and Le Corbusier.

Such pieces help 20th Century — prop provider for clients including basketball great Magic Johnson, Univision and the Malibu Film Festival — meet demand for lounging areas at weddings, a trend Schwartz cites as one of today's most noteworthy.

On the other end of the spectrum, Brodsky also points to a trend toward safari-theme setups. Such scenes get an authentic edge from the incorporation of Eclectic/Encore's “fiberglass and fabricated African animals,” he notes.

Whatever the client — a group in which Brodsky counts BBC Worldwide, Jack Morton Worldwide and Ron Wendt Design — the prop pro contends that theme design is not a cookie-cutter enterprise: “The event will dictate what props or furnishings will be needed,” he says.