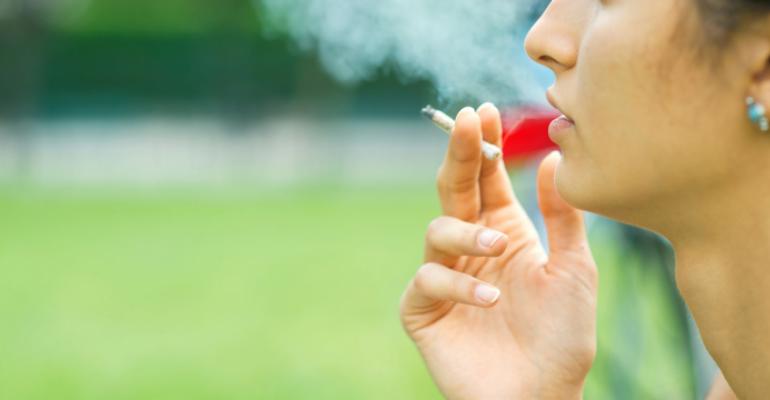 Cannabis at Festivals: How Outside Lands Handled Marijuana Smokers

As more U.S. states OK marijuana use, festivals grapple with public toking. Here, tips from Outside Lands, which hosts 200,000 guests.

As more U.S. states OK marijuana for consumers at large (as opposed to medicinal use alone), public festivals are grappling with the issue. Here is how the big Outside Lands music festival—with some 200,000 attendees—dealt with the issue, says the Los Angeles Times:

On a misty morning Saturday in San Francisco’s Golden Gate Park, Janna Lutz sat sheltered in a grove of Monterey pine and eucalyptus trees carving a bong from an eggplant.
Lutz, 65, was on the West Coast visiting her son, Brian Lutz, 24, a software developer in San Jose. He’d brought his mother, an interior designer and former city council member in Chagrin Falls, Ohio, to Outside Lands, the Northern California music festival that draws around 200,000 people over its three-day run.

They were taking part in a milestone moment, one that attendees called “historic” and “cool” and that the elder Lutz called “a long time coming” — the largest event in California, and the country, to allow legal sales and consumption of cannabis. It is a preview of what may eventually become commonplace for other big gatherings such as Southern California’s Coachella Valley Music and Arts Festival (though no such permit has yet been requested) as marijuana rules solidify.

On this second day of the festival, the Lutzes were checking out Grass Lands, a cordoned off, 21-and-older area where about two dozen vendors were, for the first time, hawking joints, infused chocolates, THC-laden nonalcoholic beers and more.

Grass Lands is a test case for California regulators trying to create boundaries for the expanding marijuana industry. For marijuana brands, it was a chance to woo new customers as cannabis morphs into an everyday commodity … L.A. Times

Catering with Cannabis? FDA To Look at Legalizing CBD in Food, Drinks
Apr 09, 2019