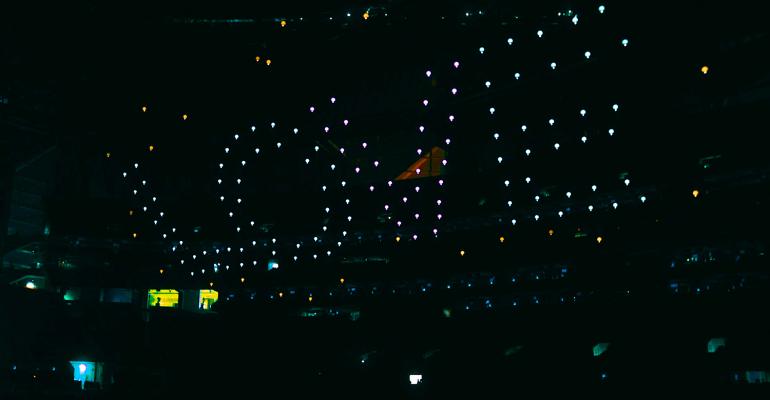 Drones--not fireworks--will light up the night sky at the California State Fair next month.

Drones are showing up more and more often at special events, and are now set to replace a time-honored classic—fireworks at a big state fair. The California State Fair, which will run July 12-28 in Sacramento, will feature a light show with drones moving to music, according to the L.A. Times:

The night sky over the California State Fair will glitter with lights next month, as it does every July. But instead of a traditional fireworks display this year, the glow will be artificial, created by flying drones.

For the first time, the two-week fair in Sacramento will put on a light show at the Miller Lite Racetrack Grandstand using swarm technology and drones moving to choreographed music, officials announced last week.

“Drone light shows are considered to be more environmentally safe and inclusive to families and those who have sensitivities to loud explosions created by traditional fireworks,” state fair officials said.

The visuals will be seen as far away as two football fields from the fair, said officials, who are working with the Great Lakes Drone Co. to coordinate the light show.

In 2015, attendees and fair officials were spooked when a mortar misfired 10 minutes into a fireworks show, sending sparks flying and igniting small fires in the area, the Sacramento Bee reported. A year earlier, a large grass fire on Cal Expo property …  Los Angeles Times

Where’s the Music? Fyre Fest and the State of Modern Music Festivals
Jan 17, 2019