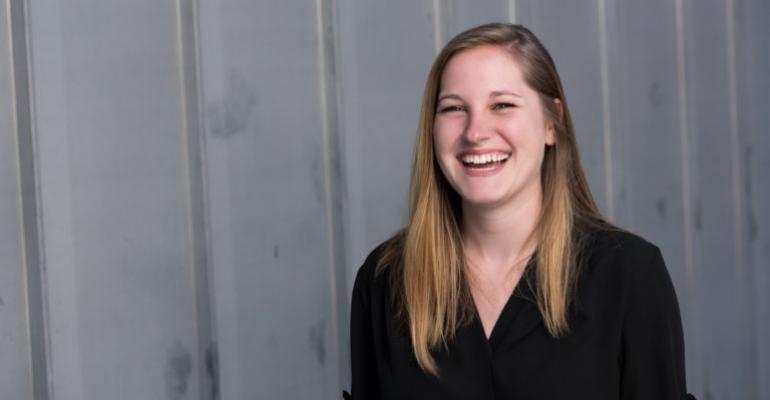 Summertime is festival time--here are tips on making your event unforgettable.

From music to art to food, spring and summer see an explosion of outdoor festivals throughout the country. As an avid music festival attendee who is also an event planning professional, I am always on the lookout for interesting festival activations whether I am onsite as a staff member or a festivalgoer. Many of the fun festival features I first saw while wandering the grounds of a music festival until my favorite band performed have been adjusted to fit into corporate events I worked on later. Here are some of my top picks from the past few years:

TAKE A DIP At the SweetWater 420 Fest, the Bai Antioxidant Water tent offered visitors the chance to make one-of-a-kind artist creations from their own clothing, hats or even body. Courtesy of a large tub of water mixed with permanent fabric paint, would-be designers could dip a hat, shirt, blanket or even an arm to achieve a marbling effect. With this technique, each person’s result was unique, like with tie-dye, but much easier.The tent included multiple tubs, so there were a variety of colors available.

Along similar lines, the AARP Block Party booths at the Atlanta Dogwood Festival offered visitors the chance to make spin art and get active at the same time. Through pedaling a stationary bicycle, participants powered the spinner, and a variety of colors were squirted by family and friends at the paper placed inside. The result was a one-of-a-kind, take-home piece of art.

HANG UP A HAMMOCK Festivals can be tiring, so ENO hammock set up a literal jungle gym of its trendy hammocks. Not only could exhausted fans take a relaxing break in one of the hammocks, potential new customers had the chance to try them out for the first time.

At Atlanta’s Music Midtown, which takes place in each year Piedmont Park, I first encountered the “silent disco.” This concept includes a stage platform and numerous concurrent disco parties for one. Even though music is everywhere throughout a festival, in the silent disco, dancers wear headphones and dance to whatever music they choose. It’s always interesting to watch so many people dancing literally to the beat of their own drum.

At the Hangout Music Festival, which takes place on the beach in Alabama, the organizers and sponsors made the most of the setting by constructing everything from gazebos to a disco tent along the beach. In addition to some of the structures welcoming actual weddings, a beer company contracted a VIP area filled with beachy cabanas instead of traditional seating.

STAY COOL Sponsor activations at festivals tend to offer a multitude of cool, higher-end activations. At the Atlanta Food & Wine Festival, Delta Air Lines provided an air-conditioned trailer and featured specialty cocktails and charging stations. Visitors got a glimpse of SkyMiles membership privileges and had the opportunity to take a break from early summer Atlanta heat. At the same event, a bourbon brand created a chic, rustic seating area and served grilled and smoked food pairings with samples of the brand’s products. Bourbon tastings are high on this list of corporate event experiences these days! Meanwhile, The Coca-Cola Company built out a dance floor and featured a hip DJ for a club-like atmosphere.

I have seen smaller versions of branded sampling, too, which were still effective attention grabbers. At an outdoor arts festival, a frozen pizza company developed a mini walk-up trattoria complete with a brick oven so that passersby could sample a slice of freshly baked pizza. The fun part was that rather than preparing the pizza behind the scenes, the cooking became part of the overall sampling experience.

For each of these festival activations, the exciting factor was the elevation of something that could be a traditional activity into a feature that becomes more enjoyable and special due to scale, location or repetition. Whether it’s developing an indoor or outdoor floor plan filled with cabana seating or turning a tricked-out Airstream into a lounge with full bar service, corporate planners can learn cutting-edge ideas from the festival world.

And just like no one wants to be left out when a favorite band comes to town, we ask ourselves--why would someone be disappointed to have missed our event?

The resident “organization guru” and blogger for Atlanta-based WM Events, Rachel Smith is all about the details when it comes to planning events and sharing about them with the company’s followers. With a BA in mass communications from Georgia College earned in 2014, Rachel understands the art of mixing neutral colors and straight lines with the punch and flair of her WM colleagues. When she’s not writing about WM, Rachel can be found bee-boppin’ to live music at concerts and festivals.