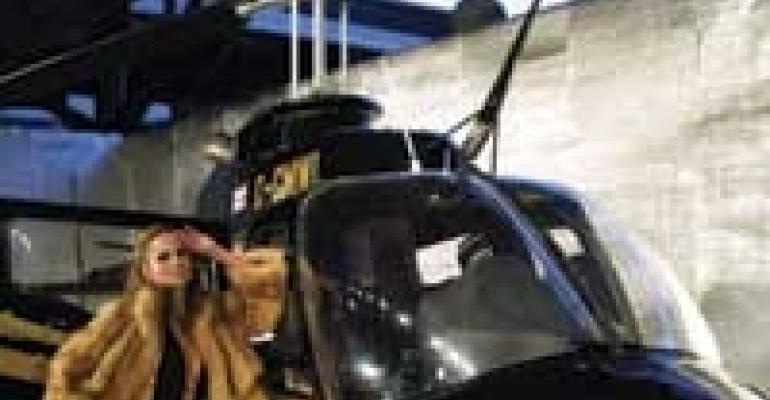 Alison Silcoff Creates the Bond of the Ball

Silcoff pulled in all things Bond for the April event, which benefits the Canadian Cancer Society, even managing to have a helicopter — adorned with gorgeous girls in bikinis and fur coats — brought in. Her plan to attract male donors while still appealing to women did the trick; the fundraiser netted $2.3 million USD — $100,000 more than last year's gala.

As soon as the 680 guests arrived at the venue — Montreal's Windsor Station — “It was evident to them that this Daffodil Ball was going to be more about sex than flowers,” Silcoff says. Indeed. Just past the entrance doors, a naked, gold-painted woman a la “Goldfinger” lounged on the black satin sheets of a rotating circular bed beneath crystal chandeliers. So mesmerizing was the vignette, “Many guests remained in the entrance lobby for almost 20 minutes before going up to check their coats,” Silcoff recounts.

Once inside, “Guests were transformed into a James Bond universe,” Silcoff says. Having watched every Bond movie for creative inspiration, Silcoff made sure to incorporate the ball's traditional “daffodil”theme into the decidedly masculine event: “Our logo was a gun with a daffodil coming out from the barrel,” she says.

Due to the Bond theme, entertainment became the major focus of the event; at several points during the evening, entertainment and decor merged. For example, an LED video wall integrated clips from several Bond films to decorate a bare wall with splashes of vivid color and changing images.

Even the band was part of the decor, Silcoff says. The women of the French band Les Goldsingers — outfitted in metallic costumes — were a “gorgeous, visual treat”as they flirted with guests.

“‘Toys for the boys’ were all over the event,” Silcoff says. A fake webcam protruded from each arrangement of daffodils in silver champagne buckets. A flip-top light was attached to each guest's “Moonraker” auction list. To offset the high cost of the entertainment and helicopter rental, Silcoff and her team purchased the toys from dollar stores and discount shops.

FOLLOW-UP FOR THE WIN

Surpassing fundraising goals in today's sour econo- my is no small feat. How did Silcoff and her team beat the odds? After orchestrating an extremely targeted mailing, Silcoff and her crew received responses from all but 23 invitees by being “pushy yet charming,” she says. “We were calling potential donors up until the day before the event.”