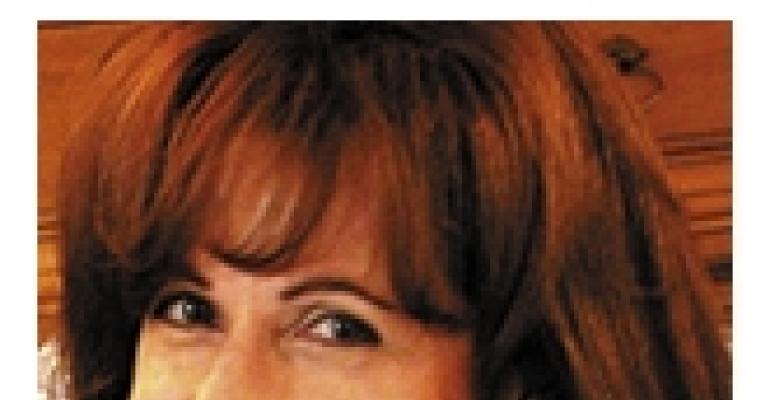 WHEN the Bank of Montreal moved its headquarters from Montreal to Toronto, Alison Silcoff — who served the financial institution as director of national and international sponsorships — had to decide whether to move along with it. Ultimately, Silcoff says, lifestyle won out over job security. “I had already moved from England to Canada,” she recounts. “I didn't want to move again.”

So instead of moving, in 1986 Silcoff started marketing — making her event-management expertise known to potential corporate and social clients. The first to take her on was a tony Montreal private school, which hired her to put on a black-tie gala for 1,000. While the fundraising event lacked what Silcoff calls “a compelling cause,” it did offer the chance to network with well-heeled locals.

In the two decades since she took advantage of that career-building opportunity, Silcoff has seen her Montreal-based Alison Silcoff Events grow into a successful firm that counts among its clients such notables as Cartier, Microsoft and even the Bank of Montreal, her former employer. And while the tenacious event pro might not have to work quite as hard to drum up business as she once did, Silcoff still relies on her networking and outreach expertise in one special area of her event business: charitable fundraisers.

For one client in particular — the Canadian Cancer Society, for which she plans the Gala Award-winning annual Daffodil Ball — Silcoff applies her networking know-how to the event's donation-solicitation efforts, which she also oversees. She starts by getting major corporate leaders to become event chairs, then figures out “who will send letters to whom” asking for donations and the purchase of tables at the event. “If the head of a big food-store chain writes to Heinz, and that person is someone who buys millions of dollars of Heinz product, Heinz can't say no,” she explains. Once the personalized notes, formal proposals, annual Cancer Society reports and reply forms have gone out, “We do not sit around waiting for money to show up,” Silcoff says. “We follow up like crazy, with very charming phone calls.”

With her persistence and passion for the cause, it's no surprise Silcoff has led the Daffodil Ball charge for 14 years running. And neither is it a surprise that proceeds from the event have grown from $86,000 in 1994, its first year, to $2 million in 2006.

So while Silcoff may have solidified her reputation as a consummate corporate event strategist, supplying such services as marketing campaign development, Web design and media relations in addition to event production, she counts as her crowning achievement turning the Daffodil Ball into “the most sought-after social event in the country.”

“Finding good staff is my biggest challenge. I need people who are fluent in French. And my standards are as high, or higher, than many very large corporations, but many good candidates are not prepared to work for such a small organization. Still, I get a huge number of applications through my Web site — sometimes eight or 10 a week. If I got a new client for each person who applied for a job, I'd be very happy!”

“In the area of fundraisers, it's gotten much more competitive. Even in Montreal, which is not a city like New York or Los Angeles, there are so many black-tie fundraisers. The last thing people want to do is go to another one. But if it's a good one, they will go. You've just got to be more creative than you used to be. And you've got to watch your budget much more. There's a real consciousness — if you raise a million, you can't spend $800,000 doing it.”

“My company is very small — eight to 15 events per year — so every client gets my personal attention and European style and flair. Also, I am an obsessive perfectionist — no detail escapes me!”