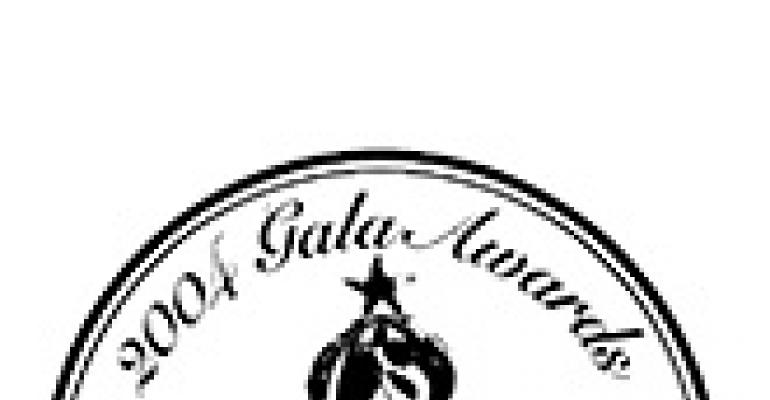 And the Gala Award goes to … The year's best event work was applauded at the annual Gala Awards ceremony, held Jan. 8 at The Special Event show in Miami. Here, Special Events Magazine presents the winners in 35 categories covering all facets of the event industry, as chosen by members of our Advisory Board. Join us in celebrating these exceptional examples of the electrifying and innovative work done by special event professionals.

Note: Our 2005 Gala Awards competition, which is open for events taking place between Sept. 1, 2004, and Aug. 31, 2005, will begin June 1. You will find entry forms in our June, July and August issues and on our Web site beginning in June. The entries will be due in early September. We look forward to seeing your work. Gala trophy by MK Shannon.

The City of Garland's annual “Star-Spangled Fourth Celebration,” held over the Fourth of July holiday, was a salute to old-fashioned fun. This year's highlights, which were visited by more than 157,000 people over the five-day festival, included a sand-sculpting exhibit that used 100 tons of sand, a children's activity area, performances by musical acts including Roberta Flack and John Kay & Steppenwolf, and nightly fireworks displays.

For the surprise 40th birthday party of best-selling author Dan Brown, BK Design created an invitation that reflected the 1940s-inspired event theme. The file-box invitation — filled with file cards containing clues about the essential who, what, when and where of the event, written in the style of mystery novels from the era — was sent in a box filled with authentic 1940s newspaper and included a lipstick-stained handkerchief that served as the official entry pass to the party.

The flora and fauna of the Florida Everglades were the inspiration for the tables at the “Evening of Everglades Elegance” incentive event for VIASYS Healthcare. Rectangular banquet tables were covered with custom-designed snakeskin-print linen and topped with centerpieces made from native plant species such as cymbidium orchids, Seminole grass and Spanish moss. At both ends of each rectangular table, 72-inch round tables served as extensions of the centerpieces and held displays of 10-foot-tall iron trees, air plants, bromeliads and ferns.

The “Evening of Everglades Elegance” incentive event for VIASYS Healthcare was inspired by the flora and fauna of the Florida Everglades. The five-course menu included starters of mangrove snapper escabeche and Mayport white shrimp ceviche served in a custom-made display case, organic greens topped with hearts of palm stuffed with truffle mousse served on raised cake stands, and a lavender and honey parfait with Key lime shortbread surrounded by sugar monarch butterflies.

The 47th annual Vizcayan Ball, which raises money for the preservation and restoration of the Vizcaya Museum and Gardens, put on the Ritz with the theme “A Black and White Soiree.” Following tray-passed hors d'oeuvre, guests were served a “walking course” of “sips of soup” before being seated for an elegant dinner served at tables dressed in black-and-white linen. Cabaret entertainment, as well as an 8-foot-tall vodka luge shaped like a Broadway dancer, stole the show.

“Club Kaleidoscope” was the theme for an event designed to show off the host hotel's capabilities to an association of 550 insurance conference planners. The colorful Latin-influenced event featured a family-style dinner that included corn empanadas with jumbo shrimp served over green papaya salad and a dessert of spiced pineapple soup with coconut rice pudding. A DJ spinning tunes in the ballroom-turned-South-Beach-nightclub, which was decorated with vibrant 16-foot-tall murals and dramatic, swirling neon lighting, kept guests moving.

For “baba:luna,” Chicago's 16th annual Design Industry Foundation Fighting AIDS Gala, the Spanish-style Aragon Ballroom set the stage for a Latin-fusion themed event. Room decor gave the venue a “South Beach” nightclub vibe, while a Latin dance performance and music from Carlos Santiago and the Rumba Orchestra kept the 800 guests on their feet. Guests bidding on auction items such as a glass sculpture by artist Dale Chihuly and a weeklong trip to St. Barth's helped contribute more than $340,000 to the cause.

The grand opening gala of Chicago's Millennium Park showcased the new venue to more than 2,500 guests, including major donors. Highlights included dinner from Wolfgang Puck Catering — overseen by Puck himself — and a performance by the Chicago Symphony Orchestra in the new Frank Gehry-designed music pavilion, which included a grand finale fireworks and lighting display synchronized to the music. The evening's events raised more than $2 million for the park's conservancy.

BEST WEDDING: BUDGET UNDER $500 PER GUEST

Classic Chinese elements updated with contemporary details decorated a 600-guest wedding reception at the Grand Hyatt Taipei. The reception area featured pillars wrapped in red and gold murals of Chinese calligraphy and three bamboo walls that re-created the entrance to a Chinese garden. Inside the ballroom, guests were seated for a 10-course banquet of traditional Chinese cuisine; overhead, six floral chandeliers made from 1,500 strings of glass beads and more than 10,000 pink dendrobium orchids were suspended above the tables.

BEST WEDDING: BUDGET $500 AND ABOVE PER GUEST

The couple's country estate provided the backdrop for a French country-inspired wedding ceremony, which took place on the porch of a 19th-century cabin overlooking the Missouri River. The 260 guests sat on handmade quilts to watch the exchange of vows, then ate dinner at tables set with antique French quilt overlays and centerpieces of wildflowers, loaves of bread and raffia-covered jugs. Performances by musical acts The Four Tops and the Fabulous Motown Revue capped off the evening's events.

Extraordinary Events and Designs by Sean produced six events over five days for an incentive program in Puerto Rico for top producers from a financial institution. In addition to two general sessions and an awards gala, the main event was a “Caribbean Carnivale” celebration, which was divided into four uniquely decorated areas: “Jamaica,” “Bahamas,” “Trinidad” and “Aruba.” Guests dined on each island's native cuisine, danced to calypso and reggae bands, and watched a carnival parade of vibrantly costumed dancers.

This year's Starwood Hotels and Resort Partner Summit, held in Scottsdale, Ariz., showcased the capabilities of Starwood properties and the hottest trends in event design to top meeting planners. During the course of the weekend, guests experienced cutting-edge ice-themed decor and an ice-carving show at the “Chilling with Starwood” welcome reception, “Breakfast with the Beatles” with Beatles cover band Twist and Shout, and a final-night disco party featuring ABBA tribute band Bjorn Again.

A three-city U.S. road show called “Hong Kong — Live It, Love It” promoted travel and tourism to Hong Kong for the Hong Kong Tourism Board. The New York press event showed a video starring Hong Kong superstar Jackie Chan on the Reuters Jumbotron in Times Square; in San Francisco's Union Square, the public was presented with a Hong Kong festival scene including native cuisine and entertainment; and in Miami, an event at an international travel show targeted the travel industry.

Feastivities Catered Events launched its floral division at a fashion fund-raising lunch-eon with the creation of eye-catching centerpieces designed from Styrofoam wig forms topped with flower-covered hats. Each wig form was covered in natural materials such as rice paper, lentils or peas, then crowned with a chapeau of springtime blossoms including daisies and snapdragons. The heads were “planted” in a box of vibrant wheat grass on the center of the dining tables.

At the 2004 Democratic National Convention in Boston, De Boer Vinings installed a media pavilion with workspace for more than 1,800 journalists in a parking lot adjoining the Fleet Center. The 150-by-330-foot Delta structure had a 20-foot sidewall and was fitted with a custom-designed mezzanine system that created a second floor. When finished, the structure featured six exterior and four interior staircases, an ADA-approved lift and approximately 100,000 square feet of carpeted and air-conditioned space.

BEST USE OF LIGHTING

For a 2,500-guest event with a “World Beat” theme, Brite Ideas integrated kinetic intelligent lighting and video, projecting music scenes from around the world onto a custom-designed 20-foot-diameter globe made of heavy-gauge vinyl set on a 15-foot circular base of aluminum box trussing. Four image quadrants were blended together via electronic processing and video masking, creating a seamless 360-degree image projection on the globe that was a combination of lighting, video and decor.

Guests at a cosmetic company's banquet experienced a constantly changing “sky” above their heads thanks to the installation of Virtual Sky, an overhead projection surface that stretched from wall to wall across the ceiling of the 20,000-square-foot venue. The design team reinforced the roof to support 10 vertical levels of production equipment, including trussing to hold 165 projectors and instruments. Other challenges included revealing a hidden dance floor via a kabuki drop and coordinating a fireworks display synchronized to music above Vancouver harbor.

This year's ESPN X Games, held in four southern California venues over a four-day period, featured more than 150 athletes competing in extreme-sports events including skateboarding and bike stunts. Readying the Home Depot Center for the motocross events required removing more than 130,000 square feet of sod and bringing in some 800 truckloads of dirt in just one week. To handle safety and equipment control issues, the full-time staff of 37 ballooned to 1,500 for the event dates.

For Maxim Magazine's “Circus Maximus” Super Bowl pre-game party, Marquee Tent Productions installed 18,000 square feet of Bil-Jax flooring under a circus tent. In order to combat the rainy weather, the field where the tent was to be installed first had to be drained of water, then temporary walkways were built to transport equipment from the road. Following a last-minute drop in temperature, the team also enclosed a large outdoor patio with a clear tent wall and filled the space with heaters.