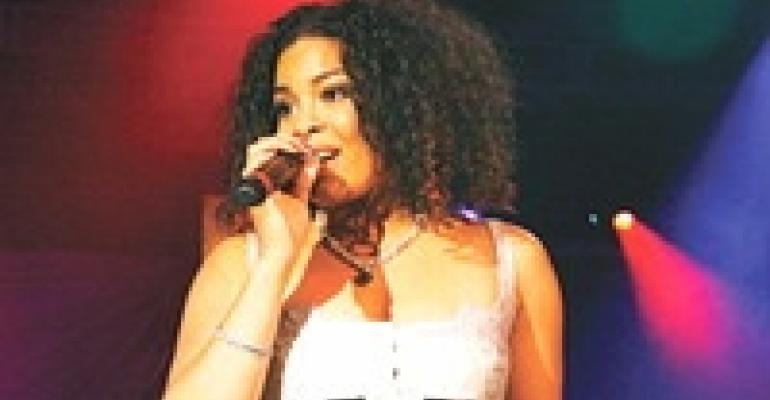 In the case of the annual Celebrity Fight Night fundraiser in Phoenix, the stars come out for boxing legend-turned-humanitarian Muhammad Ali. But once they've signed on, it's the production work of Phoenix-based M Group Scenic Studios that makes the stars shine and keeps the show flowing at the 13-year-old event. This year, the production company not only produced and designed the heavy-hitter dinner performances but did so in a brand-new ballroom, with its occupancy permit acquired just the day before the event. It was a “hair-raising” scenario, says M Group owner Lori McAllister-Antol.

No stranger to Celebrity Fight Night — she has served as executive producer for 11 years running — McAllister-Antol says every year brings new challenges. For the 2008 event, held April 5, many of these were a result of the 1,300-guest gala's sleek new setting.

“We were fortunate to be using the new [Grand Saguaro Ballroom] at the JW Marriott Desert Ridge in Phoenix — it's beautiful,” the producer notes. “But it was configured differently than any other we had been in before — more on the rectangular side. We really had to redesign the whole show and set.”

To ensure that all the event's big-donor attendees got top-notch views of the stage, the M Group team created additional sightlines by adding two 12-by-16-foot and four 10-by-14-foot screens. “Based on the feedback we got, if someone turned to the right or left or was sitting far left or far right of the room, they were still seeing the entire show,” McAllister-Antol notes.

In addition to smart staging, savvy performance production also eased difficulties posed by the space. Because the hotel ballroom stage is not a proscenium, as might be expected in the larger venues where the evening's headliners — John Mellencamp and Dionne Warwick among them — might typically perform, “You can't push one act upstage and pull one downstage,” McAllister-Antol says. Instead, M Group reached out to the performers to enlist them in aiding in the turnaround from one act to another. Comedian Sinbad, for instance, graciously agreed to do his 15-minute set — and provide audience distraction — while the crew set up for the next band on a darkened downstage. “He was very accommodating,” a grateful McAllister-Antol says.

Besides set constraints, Celebrity Fight Night, like most charity events, faces the challenge of controlling expenses to ensure that the most money possible reaches the fundraiser's primary beneficiary: the Phoenix-based Muhammad Ali Parkinson Center at Barrow Neurological Institute.

This year, M Group rose to the occasion by rethinking design and decor. In a departure from the “heavy Celebrity Fight Night branding” of years past, McAllister-Antol opted for an “extremely vintage-looking, softer feel.” Her design team achieved the look with “more draping and swagging, and less hard set,” along with a palette of pearlescent white, gold and bronze. The decor scheme's highlight was the bounty of fresh, white, in-season ranunculus; a whopping 700 bunches topped tables and gave the event a springtime feel at lower cost than pricey, out-of-season exotics could.

But even fabulous floral and a divine meal of New York steak and spring asparagus played second fiddle to the stars — Kevin Costner, Reba McEntire and Jordin Sparks among them — who took the stage as honorees or entertainers.

The opportunity to rub elbows with such luminaries, along with the chance to score spectacular live-auction items such as a power lunch with Donald Trump, golf with Phil Mickelson and a one-of-a-kind Roush P51-A Mustang convertible, prompted guests to give and give big, which they did to the tune of nearly $5 million.

Of course, wrangling A-list celebrities and 11 months of daily work on the Celebrity Fight Night event can be grueling. “After the event we don't even open the office until Tuesday; the whole staff is just shot,” McAllister-Antol says. Nonetheless, the producer feels fortunate to work on the fundraiser.

A history of Parkinson's disease in her own family led to a deep sense of personal calling to fight the debilitating condition for McAllister-Antol, who says, “It is an honor to work with the Celebrity Fight Night foundation.” She adds, “My team is proud to be a part of this, part of what it seems to be and what I know it to be — an event that has affected lives.”