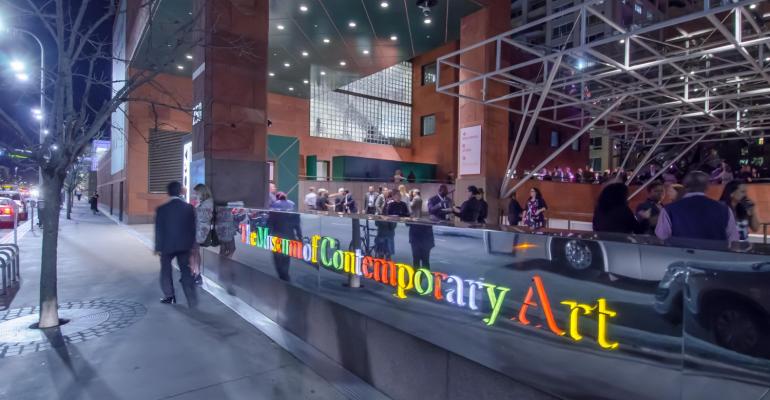 Museum Gala to be Recast as ‘Benefit’

Even though its 2017 gala raised more than $3 million for L.A.’s Museum of Contemporary Art, museum management won’t be staging a gala this year. Instead, MOCA is expected to create a “benefit” that will be held in a satellite museum space instead of a big party tent as in years past, says the L.A. Times. Last year, MOCA canceled its planned gala entirely in response to complaints the event had failed to represent diversity in its slate of honorees:

The Museum of Contemporary Art is expected to announce Monday the return of its annual spring fundraising gala, but don’t call it a gala. New museum director Klaus Biesenbach is resurrecting the annual event, which was canceled last year after complaints about the lack of diversity among former gala honorees.

The newly conceived “benefit,” to be held May 18 inside the Geffen Contemporary satellite space in Little Tokyo instead of a vast party tent as in years past, is meant to be a more democratic, community-minded happening instead of a glamorous, art-world spectacle. The evening will honor “all the artists that have made, do make, and will make MOCA, MOCA,” the museum said.

“A benefit is not about being served, it’s about being of service,” Biesenbach said in an interview. “So it’s turning it around: How can I contribute; how can I participate? It’s all very aligned with what the museum should be doing. We should be of service to share these incredible works of art” ... Los Angeles Times