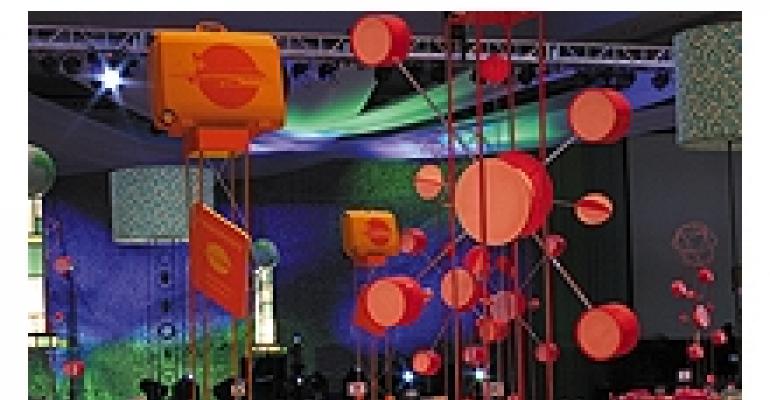 WHILE hardworking volunteer committees are an invaluable resource for nonprofit events, committees sometimes find themselves faced with a quandary. As Kathy Miller puts it, “A lot of nonprofit committees assume, ‘We can do it all ourselves, and we'll save money that way.’” But with their own professional and personal commitments competing for attention, volunteers often find themselves dealing with the fallout of flawed events. Such was the case with Design Industries Foundation Fighting AIDS Chicago, Miller says. The organization, whose events had been beset by glitches in previous years, changed its tack and hired her Chicago-based firm, Total Event Resources, to right past wrongs — and reaped major rewards as a result.

GO WITH A PRO

While DIFFA Chicago had always had a group of dedicated committees in charge of producing its annual fundraiser, the organization still struggled in years past, according to Miller. Despite the best intentions, DIFFA had “no one who could funnel information to make sure production schedules were distributed and responsibilities assigned and that there was someone there on event night to execute the plan,” she says.

After unfortunate incidents with some key event elements, DIFFA decided to enlist expert assistance for its 2006 bash. An impressive reference from DIFFA's event design firm, Chicago-based Kehoe Designs, won Total Event Resources the job — and what a job it was. “We had a lot of convincing of a lot of people to do,” Miller says, noting the ire of sponsors who had “given a lot of money and not seen the results.” She adds, “The event was at a critical point.”

Complicating matters was the fact that Total Event Resources was not brought on board until after DIFFA had signed its contract with Chicago's McCormick Place — a site change from years past. And the venue change came without full consideration of how moving from a “character” venue to a blank-slate convention center ballroom would affect the cost of the design-heavy “Ready, Jet Set, Go” retro-flight-themed event, Miller notes.

Starting with venue challenges, the event managers made certain that committee chairs understood how labor restrictions and costs associated with the union-controlled convention center might affect production initiatives, Miller says. Then they got to work on production itself. Savvy decisions included scrapping plans for a ceiling-suspended three-dimensional prop airplane — an expensive decor piece that would involve the added expense of union labor for rigging and lighting.

Instead, “We brought the plane to life but brought it to life on screens” through video imagery of a plane taking off, Miller notes. “We already had to have video for presentations, so we created the stage set to look like a runway.” Not only did the change in plans save DIFFA valuable budget dollars but it “absolutely turned out to be a creative advantage,” she adds. “It was much more dynamic.”

On the accountability side, Schnell created and distributed strict time lines to a large vendor group that included Woodridge, Ill.-based David Michael Productions and Skokie, Ill.-based BBJ Linen. Doing so helped ensure that the event's 800 guests were fed their gazpacho, pasta and short rib dinner in a timely manner, and that a lengthy valet backup didn't mar the end of the event as it had in the past. Schnell and her associates also worked closely with longtime gala designer Pavel Juricek of Kehoe Designs to make sure that budget limitations were kept in mind while Juricek breathed life into his intricately detailed thematic vision.

With Total Event Resources in charge of production, the “Ready, Jet Set, Go” DIFFA event soared to unprecedented heights, raising $363,000 in what Miller deems “the most successful {gala} in its 18-year history.”

As for all that convincing Miller says she had to do? Looks as though she did it. Describing Total Event Resources as “nothing short of amazing” in a glowing post-event letter of thanks, DIFFA's chair and past co-chair commended the firm for helping develop an event strategy and bringing in outstanding vendors to complete the job. They also were effusive in their excitement about working with the Chicago firm once again, on this year's gala.

Miller, too, expresses excitement, particularly about being in on the 2007 gala's planning from stage one. Having the opportunity to assist in venue contract negotiation, for instance, is just one more way her team can ensure it gives DIFFA “the perfectly executed event” it expects, she says.