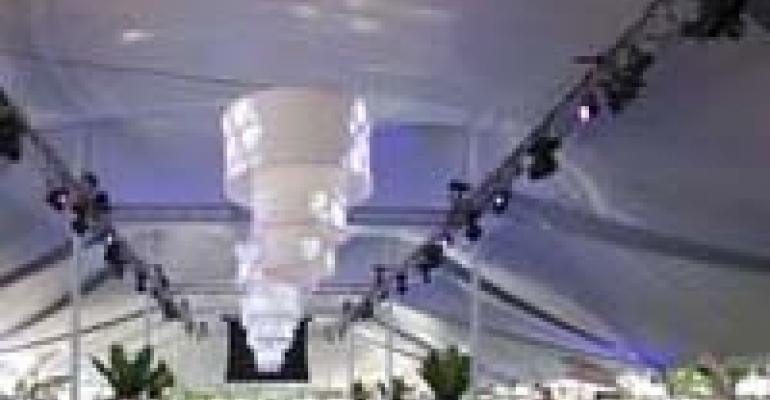 The event teams behind these four fundraising galas heard about the slow economy. But they decided not to slow down along with it. Here, they share success strategies that keep their good works in good working order.

This venerable institution — one of the oldest zoos in the United States — stages a venerable fundraiser: the annual Zoo Ball. After hosting “a party in the lion house” for a time, says vice president for development Christine Zrinsky, zoo management launched the Zoo Ball in 1977.

While the addition of a gilt-edged presenting sponsor led to the lion's share of proceeds, some clever tweaks to the event itself helped bring in the bucks.

Another profitable tweak — to the tune of $35,000 — included adding a “fund a need” program, where guests gave donations for specific programs.

Finally, the event team raised the ticket price — for the first time in seven years, Zrinksy says — from $500 to $600. Other local galas had a higher ticket price, and research from the zoo's influential Women's Board told the ball team “that we needed to maintain the image” of the event, Zrinksy explains.

EVERGREEN GALA BRINGS IN THE GREEN

The event team, which includes Seattle-based TOLO Events, has worked hard to keep sponsors onboard and to find vendors with attractive pricing. To sweeten the deal with vendors, the event team commits to three-year contracts.

After last year's event, “We looked for a few line items where we could save bigger ‘chunks’ of money rather than trying to cut a little bit here and a little bit there,” says TOLO founder Shelly Tolo.

The answer: Going local. The event team has saved money by hiring local talent versus flying in out-of-town acts and, oddly enough, by using three smaller, portable restroom trailers rather than one pricey, high-end restroom trailer from out of state. The restroom switcheroo alone saved nearly $9,000, Tolo notes.

Hallmarks of the annual event include the striking venue: Vancouver's rustic Rocky Mountaineer Station, which is transformed into everything from “winter wonderland” to swank supper club. Another delicious draw: The formal, gourmet dinner prepared by Vancouver-based Culinary Capers Catering, whose founder — Debra Lykkemark — has served on the gala's organizing committee since 2007.

“The 400-plus guests are a wide variety of demographics and palates,” Lykkemark explains, “and the menu objective is to take recognizable and approachable dishes, but with a contemporary presentation that works with the gala's overall theme.”

The first time donors got together to raise money for this school for disadvantaged children, “We had 150 people around the pool at our house,” says Fran Fetteroff, the gala committee co-chair. That was 2003, when the event grossed $61,000.

Last year, the gala drew more than 400 guests and drummed up nearly $800,000, and has been named one of the top 10 charitable events in Pittsburg.

What has changed? Not all that much, actually, and that consistency has made the event strong.

For example, the event team, which is made up entirely of volunteers, has kept the gala close to home — literally.

“Except for one transition year, the event has always been at a private home,” Fetteroff notes. Now the gala takes place in a tent supplied by Monroeville, Pa.-based PartySavvy.

The event team also keeps the gala's focus firmly on the school and its programs. Although the event offers dinner and a live auction, there is no dancing. Instead, “We keep the conversation on where the money is going,” Fetteroff notes. The event routinely includes speeches and songs by students and presentations by school staff.

The event team abandoned its silent auction last year. “It made money, but it was too much work,” Fetteroff explains. Instead, students wearing sandwich boards mingle with guests during cocktail hour, offering projects or school supplies for guests to buy.