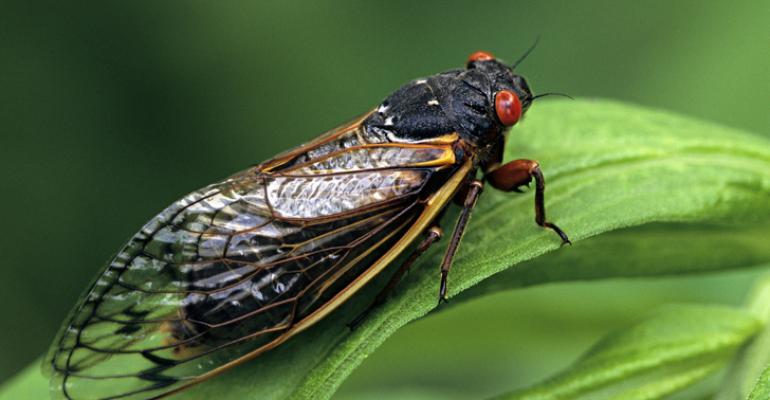 What Else Can 2020 Bring? How About a Cicada Invasion?

As if COVID-19 and murder hornets were not enough, special events professionals now face a cicada crisis.

In the latest news making the year 2020 a trifecta of terror for special events, the “17-year cicadas” will show up shortly, says CNN. The red-eyed critters are basically harmless but have annoying habits, such as chirping at 90 decibels and leaving piles of carcasses lying around (they die after mating)—both big don’ts for successful special events.

A 2007 wedding covered by Special Events Magazine shared that the rental team had to haul “wheelbarrows” filled with cicada remains away from the venue for several days before the event.

As many as 1.5 million cicadas per acre may emerge, and people living in southwest Virginia, parts of North Carolina, and West Virginia could witness this unique phenomenon, Virginia Tech says in a news release.

Luckily, cicadas are harmless to humans. At most, the noise they make could become a nuisance.

"Communities and farms with large numbers of cicadas emerging at once may have a substantial noise issue," said Eric Day, Virginia Cooperative Extension … CNN

Attack of the Really, Really Annoying Cicadas
May 09, 2016