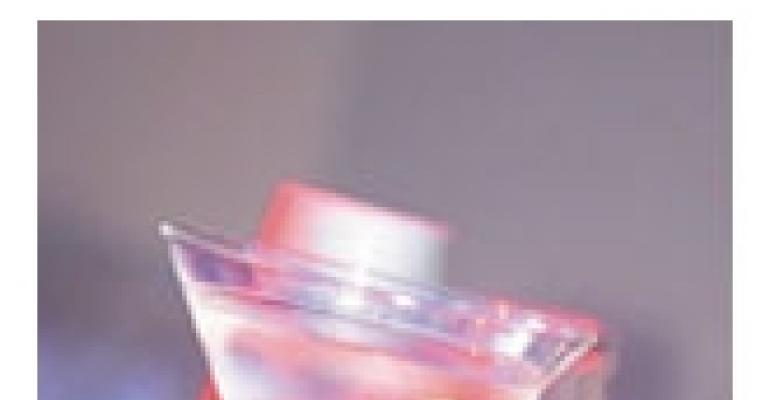 THERE'S no denying the allure of the classic vodka-tonic or gin martini, but today's sophisticated party-goers are looking for cocktails with a twist. Exotic flavors, great garnishes and attention-grabbing presentation make these cool new cocktails the stars of the bar.

Call it the M-factor: Martinis, margaritas and mojitos continue to dominate cocktail menus. The allure of martinis remains especially strong: “People are still asking for martinis — no matter how many times they have them, they still want them,” says Dan Smith, event specialist at Los Angeles-based caterer Good Gracious Events. “We're being challenged to come up with martini flavors that haven't been worn out.” The company is mixing up Limoncello martinis — made from Limoncello liqueur, vodka and simple syrup — as well as pomegranate margaritas. For a series of events to introduce the new Mercedes-Benz R-Class, Good Gracious updated the Cosmopolitan with blackberry liqueur to create a signature “R-tini.” The company also infuses its own vodka to create original flavor combinations, such as a ginger, cinnamon and clove variety that is mixed with pear nectar and Grand Marnier.

Johannesburg, South Africa-based LiquidChefs, which provides upscale bar services for special events, is also upping the fruit factor with such drinks as blackberry mojitos and fruit-and-spice-flavored martinis. Manager Matt Peckham notes that current favorite flavor combinations include pineapple-ginger martinis, made by muddling fresh pineapple and ginger with simple syrup, then mixing it with vodka. Other exotic flavors making their way onto their drink menus are watermelon-and-basil martinis and pear-and-cardamom sidecars. “In South Africa people are very adventurous and are always looking for something new, but they are also fickle, so the flavor of the season moves on very quickly and is soon forgotten by the latest concoction,” Peckham says.

While a well-mixed cocktail stands on its own, eye-catching garnishes such as fruit, colored sugar and flowers add impact to drinks.

“Garnishing is very important to trendy cocktails,” says Steve Hamilton, director of catering services at Bold American Catering in Atlanta. Using garnishes such as flavored sugar on glass rims or colorful syrups “is a great way to get the guests at a party talking.” The company offers a Bloody Mary bar that serves the classic drink with garnishes such as seaweed-and-mini-octopus skewers and Parmesan cheese-rimmed martini glasses.

Smith says that colored sugars, which come in flavors such as mango and lime, are especially popular for creating kid-friendly “cocktails” for children's events. At a recent bar mitzvah with a “Yellow Submarine” theme, Good Gracious made a “Blue Meanie” drink from blue fruit punch served in blue-sugar-rimmed martini glasses for the teenage guests. “They absolutely loved it,” he says.

Also dressing up drinks is chic glassware used in unusual ways, Smith says. For champagne toasts at wedding, he serves champagne in elegant frosted shot glasses instead of traditional flutes. “We found that we were dumping out so much [champagne] because many people don't like it,” he notes. “These glasses are easier for the servers to carry to the guests all at once, and guests think it's unique and save it for the actual toast.”

Fresh flavors and fun garnishes may make a big impression on guests, but standout service styles can turn getting a drink at the bar into entertainment.

“Cocktailing is making a big comeback,” Hamilton says. “It is always entertaining to watch professional bartenders perform, throw bottles around and be the show.” While not everyone is willing to pay to have expert bartenders perform at their functions, he says, those who do are treated to a high-energy performance that adds to the event experience. Ice bars are another popular way to present drinks with panache. “Ice bars make a great visual when lit up from underneath and when they have a client's logo or name carved in [them],” Hamilton notes.

The success and popularity of chocolate fountains has also inspired a cocktail fountain trend. LiquidChefs has developed a fountain that creates a beverage “waterfall” — guests serve themselves by holding their glasses under the cascading cocktail.“It's a great way to do welcome drinks and relieves pressure at the bar at the beginning of a function,” Peckham says.