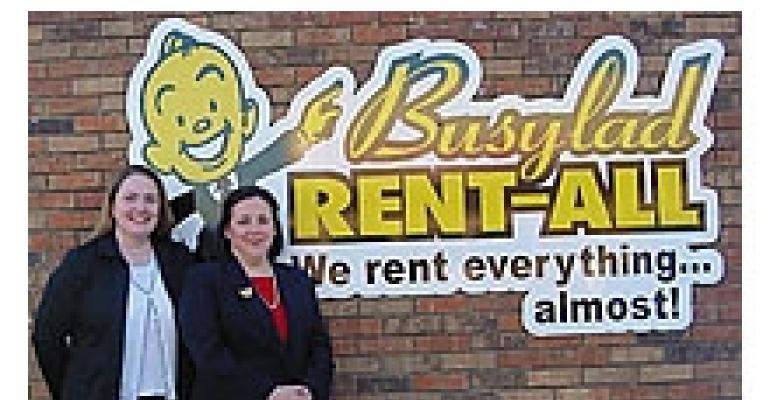 EVERYONE WHO HAS ever hired anyone knows this story. The job candidate looks great on paper, is charming in the interview — and once hired is a flop.

How to avoid this mistake? Rental company Busylad, based in Tupelo, Miss., has found an answer: Make the job candidate audition for the job. This process has led to the company hiring an event coordinator who is just what the company wanted, reports co-owner Mary Stubbs.

Mary and co-owner/husband Buddy Stubbs developed the test at a crucial juncture in their business. On the verge of moving into a 22,500-square-foot building to house their tool-and-party-rental business, on the heels of their event coordinator quitting, and on the eve of the American Rental Association February trade show, the Stubbses found themselves without an event coordinator and without a sure-fire way to find a new one.

Based on referrals, the Stubbses narrowed down their list of candidates to three, all of whom were impressive. But to test the candidates' event chops, the Stubbses created a hypothetical event based on a community development agency mixer that the rental company handles each year.

“We came up with what we called a ‘sample’ event,” Mary explains. The Stubbses charged the job candidates with developing the venue layout, schematics, a color scheme and decorations. Yet other than telling the job candidates that the event served a community development agency with 700 on the guest list, the owners were deliberately vague. “We knew they would call their mother, their brother, anyone they knew” for ideas, Mary says. “We wanted them to utilize all of that, to see what they would do. I don't care where you get your ideas; you just have to be resourceful.”

The Stubbses also emphasized their commitment to education to each candidate, and anyone who showed little interest in career education waved “a big red flag to me,” Mary says. “We'll pay for it, but they have to give up some of their time for it. If they are not interested in bettering themselves, they are not interested in bettering your business.”

What the candidates were interested in quickly became obvious.

One candidate came up with an event plan — but a week late. That delay sealed the deal: “If as an event coordinator you are late, I dad-gum don't want you to be my event coordinator!” Mary says. Worse yet, another never replied at all.

The winning candidate — Kristen Lees — showed all the right characteristics from the start. She wasn't afraid to call the Stubbses with questions. Lees contacted both the client community foundation and local caterers for background research. She drew up her event layout using a CAD program. Her attention to detail stood out, a critical skill in event rental. “You've got to know exactly where the pink tablecloths are supposed to go,” Mary says.

At her meeting with the Stubbses, Lees handed each a presentation folder, another touch that showed her sophistication about handling clients. “She knew she was dealing with two people, not just one,” Buddy says. Mary was equally impressed, noting, “We want our business to project a polished image.”

That polish is critical for event rental, where referrals are king. The guest you impress at a charity fund-raiser might turn out to be a major corporate client later, Mary notes, so “You must put your best foot forward always.”


Mary Stubbs can be reached via e-mail at [email protected].