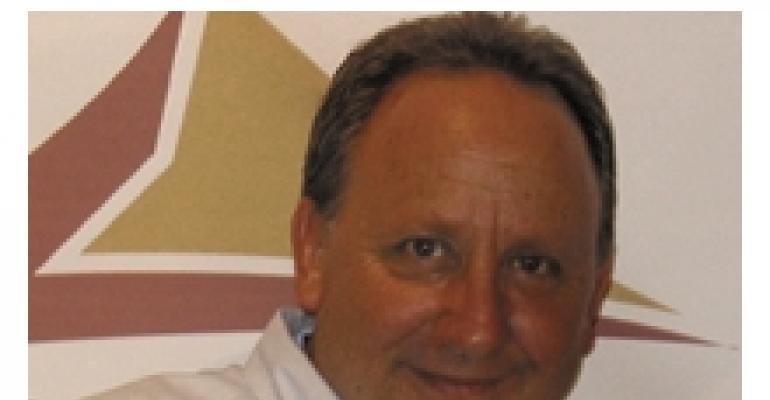 BACK AT THE PARTY

THE way Richard LoGuercio tells it, he never wanted to leave the thrill-a-minute world of event rental in the first place. Even when the prospective buyers of his Los Angeles-based Classic Party Rentals offered him “all the money I could ever spend in my life,” he says, he balked at the idea of turning over the business he had spent nearly 20 years building. It was a well-meaning psychiatrist who suggested that he take the offer, which would allow the rental veteran to stay on a while when the business changed hands in 1998. “He said, ‘Just back up a bit from it, you'll still be involved.’ So I did,” he recalls. “But, you know, my heart just wasn't in it after I sold.”

Flash forward through the next six years, which found LoGuercio volunteering on various construction and fund-raising projects for his two young daughters' private schools, and going to “lots and lots of movies.”

Yet, through it all, he says, “I kept a file. If I saw a great {rental} idea in a magazine, I'd throw it in there.” Eventually that file became the foundation for LoGuercio's newest enterprise, one that marks his return to event rental. In July, Van Nuys, Calif.-based Town & Country Event Rentals opened the doors to its 61,000-square-foot warehouse, establishing itself instantly as a key player in the bustling southern California market.

The initial plan for Town & Country, according to LoGuercio, is to serve a select clientele with “basics, but better.” The operation's substantial inventory is heavy on items such as stackable chiavaris, unique glasses and high-quality tents — “Nothing earth-shattering, just really crisp-looking stuff,” he notes. As business builds, he intends to consult with area event planners, designers and caterers to help ensure that he stocks the products they want most.

His focus is firmly on service, even if it means he has to turn away business in the beginning. “Sometimes you've got to say no,” he notes. “But we've bought a lot of inventory, so we're not going to have to say no too often.” What LoGuercio and his team of seasoned rental pros are going to do is give clients the quality of care he says made Classic such a success. “You have a live person who answers the phone, and they're friendly. Our drivers are pleasant and knowledgeable — they do little things like putting furniture pads over things they are going to move, or taking care of the pots in the garden.”

And while his new operation uses many of the practices that helped turn Classic into an industry icon, there are differences with Town & Country. “This time around, it's not necessarily about the money,” LoGuercio says. “It's about having a good time first.”

“Everybody thinks I'm nuts for doing this. As soon as I put an ad in Special Events trolling for people, I must have gotten about 30 phone calls, a lot of them from friends of mine from back east saying, ‘You're crazy! What are you doing?’ But when I'm sitting there, and we've been working two or three days to put a job in, and I watch people look around and go, ‘Wow!’ — I love that.”

ALL IN THE FAMILY

“When my two daughters ask, ‘Where is my allowance?’ I'm going to say, ‘You've got to come in on Saturdays and start learning the business to earn it.’ Same with people working here — I want their kids to come in, too. The way I see it, the nepotism thing is open as long as it works.”

“There's a reason I didn't go out and buy a bunch of stuff I like [to rent out]. I'm 52. Let's face it, would you pick out furniture based on what's in your parents' house?”