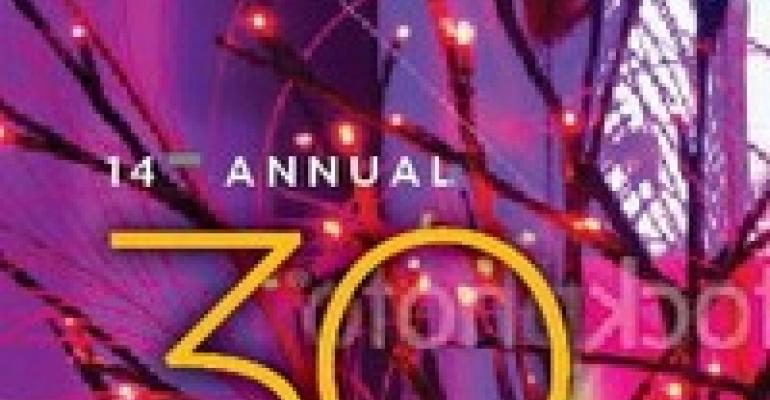 The pace of special events is picking up in some markets, but rising costs are a looming worry.

The biggest event rental companies predict that their 2011 revenue will run 3.1 percent ahead of last year. The findings come in the latest edition of the Special Events' "30 Top Rental Companies" list, which the magazine has published since 1998.

All told, the companies on the list represent three-quarters of a billion dollars in business annually.

In some markets, business has firmed up considerably since the darkest days of the recession.

"The economic look is very favorable," says the management team at Rentals Unlimited of Stoughton, Mass., with "slow, steady growth predicted for 2012."

"The social market continues to hum along with more emphasis on upscale items," management says. "Corporate spending has increased dramatically, although a great deal is last-minute. Our clients are optimistic about 2012 bookings, with corporate marketing events increasing."

In a positive sign, Stamford Tent and Event Services of Stamford, Conn., opened a new office in Long Island, N.Y., this year.

"We are starting to see budgets ease somewhat," management says, "with larger, more elaborate events coming back. We did more events in 2011, and the average job size increased as well. Most end-users have backed off requiring four to five competitive bids and only taking the lowest bids. It’s not completely back to normal, but it’s a big improvement over 2009 and 2010."

COSTS ON THE RISE

But others are not feeling as positive.

Lanham, Md.-based Perfect Settings cautions that although 2011 has been good, "The economic out look is sketchy at best," management says. "Fuel costs are still very high, and the cost of products continues to rise as the dollar weakens in the world economy. At the same time, budgets for special events are reduced or flat. Special event companies who run a tight ship and watch waste in their operations will be the survivors."

The team at Marquee Event Group in Austin is blunt. Although 2011 had a promising start, "The extremely hot summer in Texas and the inability of the [U.S.] federal government to govern has hurt 2011 results," management says. "We look for sales to stay flat until 2013."

The leaders of Stuart Rental Co. are looking forward, not back, and forging ahead in the new economy.

"While the rental industry remained above its 2009 lows, it seems clear that a return to the 'bubble days' is years away," management says. While 2011 was challenging, Stuart "became even more focused on customer service and satisfaction," they add." Our efforts resulted in some terrific new customers and expanded our capabilities into new areas and work that we had not done even during the boom years. Instead of waiting for a better economy to give us all a boost, our mindset at Stuart is to seek and seize opportunities and grow regardless."

See the full story in the November-December issue of Special Events.

Event Rental Parties On with iPads