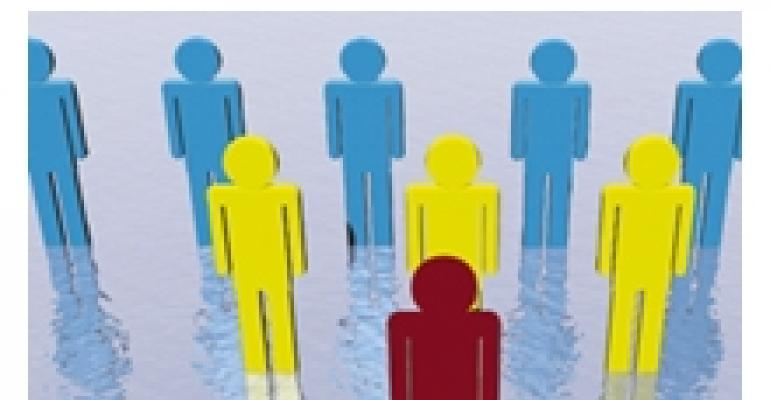 Consolidation is Changing the Rental Landscape

THE days of tool-rental shops offering a small selection of party accessories on the side are gone. Party rental companies are worth money, and nobody knows that better than the businesses acquiring them. Here, rental professionals — both chains and independents — discuss the rental landscape in the wake of a consolidation wave.

Determining to sell your business is clearly a big decision. Still, for Atlanta-based Rich Crabtree, now vice president of operations for the east coast with Los Angeles-based Classic Party Rentals, selling his Atlanta Party Plus in August to Classic wasn't too difficult a decision. “In order for us to do what we wanted to do in the Southeast,” he says, “we needed to be part of a bigger machine.” When joining Classic, he especially liked the fact that the chain provided a “benchmark” for comparison: “We were able to look at what a $5 million dollar operation looks like, a $10 million, a $20 million, and know where the metrics are to compare ourselves.”

For Valerie Braun, now the director of marketing at McCook, Ill.-based Chicago Party Rental, deciding to sell Braun Enterprises, which she co-owned with her husband, seemed a natural step. Her company specialized in tenting and needed to “expand the products and services to become more of a full-service special event rental company,” she explains. To achieve this, they first were purchased in March 2000 by the party division of RentalMax, a Chicago-based tool rental operation — this allowed both groups to offer “equipment that the other one was lacking and eliminate costly multiple delivery fees to our customers,” Braun says.

For those debating selling, Braun offers advice: “It is important to keep emotions and egos in check when considering selling, buying or merging with another company.” A new work environment is often significantly different for those accustomed to being the boss. “You may actually be required to report to a management structure or board of directors,” she says. “Some may welcome this change, while others may be very disappointed with the lack of control.”

Albert Funfstuck, general manager of Covina, Calif.-based A-1 Event & Party Rental, competes against party rental chains but points out the positive. “The consolidations have raised the awareness in the investment world of what was historically thought of as a primarily ‘mom and pop’ business,” he says. In fact, he thinks, “The industry consolidations help the smaller operations because customers are looking for alternative sources to provide goods and services for their event needs.”

Randy Berg, co-owner of independent Signature Party Rentals in Santa Ana, Calif., says his company has fared well in the wake of the acquisition wave: “Growth rates of over 18 percent year over year for the last five years suggest that the acquisition trend has not had an effect on us.” In some cases, independent companies can band together to achieve the same efficiencies that chains do. “We work with other independent rental companies throughout the nation to buy overseas and in bulk,” Berg explains. “We have cut our cost on purchases dramatically by group buying.”

Funfstuck has a unique perspective because he previously has served as vice president of operations with Classic. When he joined the company in 2000, “Classic was in the beginning stages of acquiring competitors in neighboring markets,” he says. “During my tenure as president and general manager of the Culver City {Calif.} office, Classic acquired several locations, which not only added to the depth of inventory offerings, it added to the talented labor pool at all levels.” He adds, managing “multiple locations is both a blessing as well as a curse.”

Berg, too, mentions the breadth of products chain rental companies can offer, but says, “If you need 500 purple wineglasses tomorrow, but those are in the San Francisco store, and they take a day or two to reach you, does it really matter if they have them if they can't get to you on time?” Another difficulty he mentions is the lack of continuity in equipment: “Historically smaller rental companies have been all over the board in their equipment purchases. Everyone has a different white dinner plate.” What happens now, Berg says, is “the big companies have acquired all of this dissimilar equipment that they need to inventory separately to avoid sending out mismatched equipment.”

Yet, with all the difficulties, Crabtree insists consolidation, for Classic at least, is a well-thought-out process since Classic management “really doesn't like to ‘fix’ companies. They walk away from a lot of deals because the culture doesn't fit their culture.” He describes the due diligence process as “very extensive. By the time you're done with that, you're married.”

Rental companies, big and small, remain confident about their future. As Berg says, “We view the consolidation of the industry as a positive event.” He pinpoints the competition, saying, “Classic has brought a lot of attention to the industry and an additional degree of professionalism. Having said that, customers want choice and alternatives. Well-run companies, with attention to detail, will prosper.”

Others feel the consolidation craze will continue, such as Braun. She foresees “further collapsing of the smaller rental companies with consolidation on a regional and national level among the larger positioned market business leaders.” And Crabtree offers cheeky advice: “Keep buying inventory, and maybe you'll end up being part of the Classic team one day.”

For his part, Funfstuck enjoys “the friendly competition with our small and large competitors; they help to keep up on our toes with our quality, our service.” He adds, “There is no better business than the party rental business, where one gets paid to party — how good is that?”