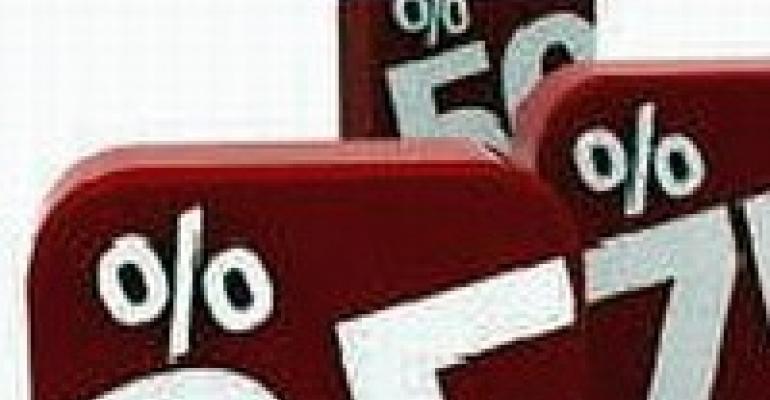 In the depths of the recession, some in party rental couldn't lower rates fast enough. Is the discounting deluge over now?

A year ago, Special Events reported that the sour economy and skittish customers led nearly two in three party rental operators to discount their rates. Today, the recession has been over “officially” for two years, and many event professionals are beginning to see better business. So — can party rental operators begin bringing their rates back up? The results are mixed.

Taylor Creative, with offices in New York, Palm Beach, Fla., and Las Vegas, offered its own “economic stimulus package” from 2009-10, notes vice president of marketing and special events Elle Can. The deal gave clients 10 percent off the rental subtotal “to help meet our clients' budget needs and stimulate sales during the recession,” she explains.

But with business firming up, “The discount has been discontinued completely,” Can says. Making the return to normal pricing was easier because “the discount was our effort to help clients during a difficult recession, and as such was always positioned as a temporary measure.”

Can foresees good business in her market in the second half of 2011.

“For us,” Can says, “the big pressures will be continuing to develop new inventory to meet the increased demand and continue to lead the rental market with exclusive items.”

In contrast, rates have stayed soft at EventRents, says Jim Lisi, president and CEO of the Ventura, Calif.-based company.

It's not that he has to keep discounting; instead, “Overall prices are lower,” Lisi explains. “Our competition has lowered, as have we. The winter off-season was our worst in 14 years, and we had only a single month with a year-to-year sales increase in the first half.”

For the second half of 2011, “I just don't see the market going anywhere but sideways,” Lisi says. “Festival costs have risen too much here, and they are pulling back because they now don't have the vendor revenue to support the higher cost structure. Universities and schools are under pressure due to state budget cuts, while the income of nonprofits has plunged as some private money is being diverted to the schools now.”

But Lisi sees some bright spots ahead. “Because we are in an affluent area, it's my hope that the high end of the market gets tired of holding back and begins spending again,” he says. “I also am looking to the corporate market for some indicators of growth. They have good profitability now; will they spend on events again?”

One hangover from the recession won't go away anytime soon, many operators say, and that is the price-shopping client.

“Due to the economy, people have learned that they can negotiate for anything — and they are,” says Mike Berk, president of M&M The Special Events Co., with operations in Carol Stream, Ill., and Dallas.

“Once people have learned to ask for discounts and negotiate pricing, it isn't something that will go away,” Berk says. “It has made everyone learn to work smarter.”

Several veteran rental operators who didn't discount regard the practice as dangerous.

When asked if holding the line on rates cost him business, “Yes,” says Damon Holditch, CSEP, CERP, founder of Austin, Texas-based Marquee Event Group. “The business went to weak competitors, who are weaker now. We told our clients it was better for us to hold our prices and quality. Some agreed and some did not. The better clients stayed with us.”

Special Events Rental of Warren, Mich., also held the line on rates. “We did lose some business to price-shoppers,” notes CEO Larry Guitar, “But we do not consider them clients to begin with. Our long-standing clients did not ask for concessions because they are aware of what it takes to produce first-class events. Cutting prices directly cuts quality of service.”