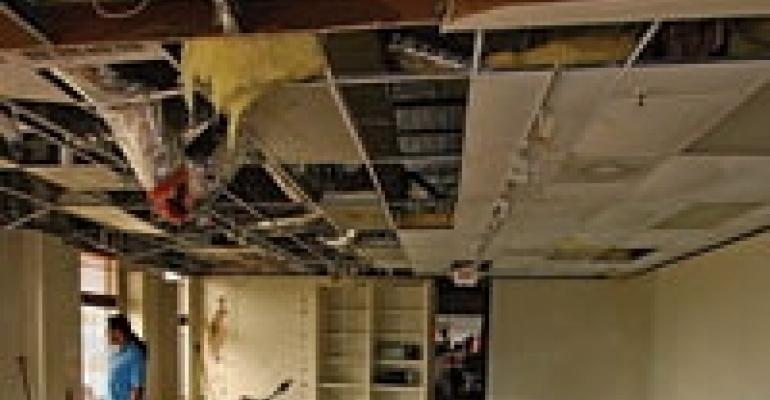 “Hurricane Ike visited Houston on Saturday in the middle of the night, and oh, what a visitor he was!” says Jan Rocco, president of Party Props in Houston. Indeed, Hurricane Ike hit the coast of Texas on Sept. 13 and hit residents hard. When Ike left, “90 percent of Houston and Galveston [Texas] were without electricity; homes and business had water and wind damage; a million trees fell,” Rocco recounts. “Street lights did not work — Houston was a mess.” But rental companies have dusted themselves off and returned to business as parties become part of the south Texas scene again.

Hurricane Ike knocked the wind out of some rental operators. Houston-based rental companies Acme Party & Tent and Aztec Events & Tents shut down completely for three days due to the hurricane. Acme suffered a power outage for an additional three days and had to run phones and computers on a generator but didn't undergo major office damage.

In contrast, Aztec saw heavy flood damage to its headquarters, which destroyed computers, printers, and all accounting paper files and office furniture. “Operation-ally, we are back in full swing; however, it will take three to four months to rebuild our administrative offices,” says Aztec president Todd Johnson. For the time being, four climate-controlled tents, including a double-decker tent with the upper floor used as the office conference room, serve as temporary work stations for Aztec staff. “We are fortunate we have ample equipment for our own use as well as our customers,” Johnson notes.

Party Props wasn't hit as hard. “We lost an overhead door and had some water in our linen area and our offices, but in the grand scheme of things, we were extremely lucky,” Rocco says. The team went back to work the Monday after the hurricane — without the help of electricity. Instead, a table set up outside the Party Props building served as the office with staff using their cell phones and laptops charged by Party Props' generators. Staff worked on everything from proposals to clearing trees from the streets. The company was without electricity for 10 days, but Rocco calls the time “a real bonding experience. When the lights came back on, we almost missed working around one round table.”

RENTALS TO THE RESCUE

Despite personal setbacks, rental operators still managed to help others affected by Hurricane Ike. Aztec delivered and erected tents as well as supplied generators, climate-control units and restroom trailers. In fact, the company supplied whole sleep camps and kitchen compounds in the form of 66-by-232-foot clear-span tents for construction workers with the State of Texas and utility workers in Houston and Galveston.

Some rental items were of particular use during relief efforts: generators, HVAC units, lighting, cots, oven units, kitchen and cooking equipment, comfort stations, flooring, tables and chairs. M&M the Special Events Co. in Carrollton, Texas, reports it provided such items to municipalities and energy companies, while the Houston office of Milwaukee-based Karl's Event Rental had the help of sister branches in Florida and Maryland when buildings lost power and flooded. The unified Karl's Event Rental team installed more than 500,000 square feet of tenting, along with portable floors, air conditioning, and laundry and shower trailers to 14,000 relief workers in Louisiana and Texas to create fully operational base camps six days after the storm.

Lack of fuel was an issue all the way to Nashville, Tenn., but rental companies closest to the disaster managed to cope.

Aztec made a point to purchase fuel before the hurricane. But if Johnson had it to do again, he would have purchased more. “Aztec has a large diesel tank, but we did not anticipate the magnitude of the power outage and the effect it would have on local gas stations,” Johnson notes. “The few stations that had power encountered long lines taking hours to refuel vehicles and gas cans.” And next time, Johnson will order a large unleaded fuel tank before any hurricane predictions. The fuel will power warehouse generators to keep the office, as well as gasoline-powered vehicles and employee cars, running.

While M&M was far enough from the fray that hurricane damage didn't affect business, Acme, Aztec and Party Props weren't so lucky. Business dropped for Aztec in late September and early October as a result of Ike. However, “We have had good luck in rescheduling many of these special events and weddings to late October and November,” Johnson relates.

Acme managed to reschedule 60 percent of its events. “Everybody I have spoken to is a little slower right now but gradually building back business,” Acme general manager Mark Broomas notes. Acme had an event scheduled for the Thursday before Ike hit, which turned out to be the day Houston was evacuated. Staff had already installed “everything, including AC and power, and then the morning of the event, they cancelled,” Broomas explains. “Lucky for us, they paid in full.”

Party Props got even luckier. Every event scheduled for the first two weeks after the hurricane was cancelled, yet all but two have been rescheduled, Rocco says.

Not all companies recovered. Johnson notes that several event venues have had to close due to property damage. “One chain of wedding/catering companies filed bankruptcy, leaving 300 couples without an immediate place to hold their weddings,” Johnson says. “Many of the couples lost their deposits, ranging from $3,000 to $20,000.”

But one positive thing can be counted on when disaster strikes, according to M&M vice president of sales Scott Berk: “In emergency situations, competitors come together to help one another survive the immediate situation.” Rocco was particularly impressed with how Aztec bounced back quickly from its own property damage. “They were incredible. In fact everyone in our industry that I have been in touch with never skipped a beat,” she notes. “We are a pretty resilient industry.”