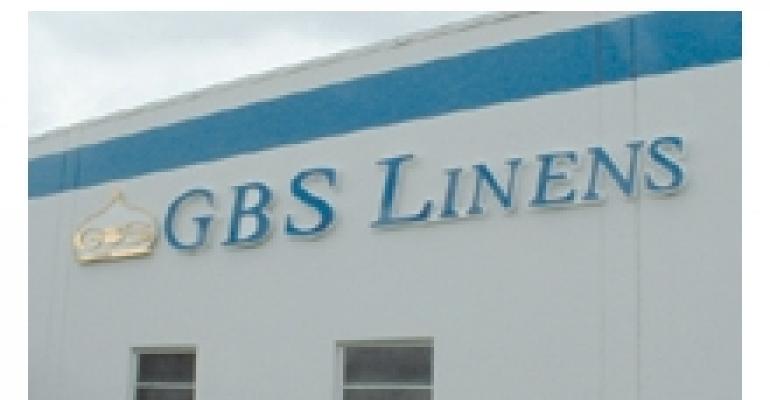 ELEGANT crystal, fine china, lavish linen — event rental is a high-touch business. But managing rental inventory has traditionally been a low-tech affair, due to the challenges of managing a vast array of products that move in different quantities between different clients at different times.

However, sophisticated rental operators are beginning to harness some of the inventory management systems that have till now been in place primarily in sales-based operations, where inventory moves on a one-way path from retailer to customer.

Anaheim, Calif-based linen company GBS Linens has defied conventional wisdom that radio frequency identification (RFID) is too costly and too temperamental for event rental. Its SLEUTH system — for Specific Linen Electronic Usage Tracking and History — “tells us in a real-time basis what we've got and where it is,” explains Tony Poploskie, the company's vice president of finance and administration. The system tracks what linen is out, what is back and ready to be washed, and what is ready to be shipped, updating itself every 90 minutes, 24 hours a day.

All tablecloths and chair covers in GBS' inventory have a tiny RFID tag sewn into a seam or patch. (Small, lower value items such as napkins and sashes don't have the tags.) Each tag bears a 10-digit identification number for that item. At various stations in the GBS warehouse, the tagged linen is passed by an RFID antenna, which looks like an empty 2-by-3-foot picture frame. The antenna reads the ID number and feeds this information into the GBS databases.

As linen comes back from a job, crew members pass it by an antenna at the sorting table, then toss it into a vacuum tube. The system logs the piece in and determines which of the 16 color-specific laundry bins to route it to via the vacuum tube. Workers usually sort about 600 pieces of linen an hour at this station, Poploskie estimates. After washing, the linen is scanned by another antenna in the warehouse to log it in as clean, bagged linen. To prep orders, GBS uses a bulk pulling system, whereby workers pull items for 144 orders at a time. These bulk orders are scanned by another RFID antenna, which tells the workers how to break the bulk order into 12 smaller orders, which are moved by conveyor onto rails. These orders are scanned yet again to be broken up into 12 individual orders. As a final step, two “fill-in” stations with antennas determine how to fix incomplete orders, with items that may still need to be washed or manufactured by GBS seamstresses.

Although RFID tags can cost as little as 3 cents apiece, “You can't wash and iron a 3-cent chip,” Poploskie says. GBS springs for 70-cent tags — pricey, but virtually indestructible. Out of hundreds of thousands of tags, “I have a cup on my desk with 13 tags in it — those are the defects,” Poploskie says. The tags — some the size of a nickel, with newer versions the size of a dime — used by GBS are un-powered, or “passive.” Active, powered chips can be read from farther away, “but then we'd be changing batteries every six months,” Poploskie notes.

GBS has invested more than two years in SLEUTH. The hardware side has been “easy,” Poploskie says; fine-tuning the software has been the challenge. “The company we used when we first got into it could track the tags but couldn't handle our orders,” he recounts. “The second company could track orders but not tags.” Although RFID technology is now being used by uniform rental companies, event rental remains a different breed. “A uniform company has standard orders, say, 10 uniforms a week to a client,” Poploskie notes. “One software company was a bit bewildered that in linen rental, you can send anything to anybody any day of the week.”

Along with time, GBS has invested money in SLEUTH — more than $600,000 in hardware and software, Poploskie estimates. Yet, he stresses, the potential payoff will be considerable, too. “Everyone is losing a percentage of their inventory,” he notes. “For every $5 million in inventory, a loss of 2 percent a year is $100,000.” He expects the GBS system to pay for itself within a few years.

Some consumer groups view RFID technology as faintly sinister, claiming that the little RFID tags could be used to track the whereabouts of a business' customers. Poploskie says, “I have to laugh” when he hears this idea. The tags must be passed within a foot of a powered antenna to be read, he explains.

In time, Poploskie sees many exciting payoffs from SLEUTH. “Nobody really knows the life span of a piece of linen,” he notes, but SLEUTH will be able to solve that riddle. GBS also launders other rental companies' linen, and “I really think this will pay off if we can tag the customers' laundry,” he says, a process that is performed manually now. “We will never have to worry about mixing up laundry again.” Another task that will disappear once customers trust the system: manual linen counts in the field. “This will be a huge time-saver for our drivers,” he notes. He predicts that rental companies will be able to mix RFID tagging with a bar-coding system used, perhaps, on its contracts. Both systems “are just reading an identification number,” he notes.

The future holds many possibilities for SLEUTH, Poploskie says. “I'm going to retire in 20 years, and this will still be a work in progress.” In the end, SLEUTH will help GBS do what it needs to do, he says: “Get the customers what they want as fast as they want it.”