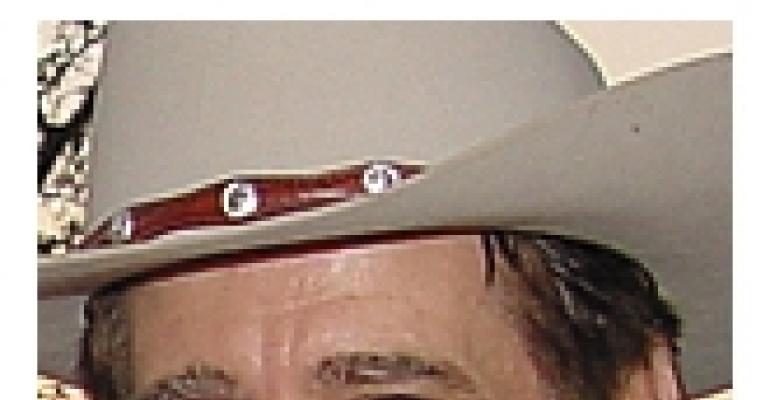 PRESIDENT of the newly renamed Marquee Event Group in Austin, Texas, Damon Holditch, CSEP, CERP, purchased his party rental business in 1985 and turned it into one of the top party rental companies in the area. In 2000, he painted all his trucks bright fuchsia so they would be instantly recognizable on the road. Then in January, Holditch decided he wanted his company's name to be as easy to remember as his trucks are. So he changed “Austin RentAll Party” to “Marquee Event Group,” which officially launched on Aug. 30.

DAMON HOLDITCH: In Austin, there are no less than five companies that have the words “Austin,” “party” or “rental” in their names in some fashion. Even though we had the pink trucks, it was still very confusing, and clients were going someplace else when they'd think they were coming to us. So we felt we had to set ourselves apart.

Q: How did you decide on the new name?

A: Our name was Austin RentAll Party, and that really didn't flow well. What it did is it put us in the front of the Yellow Pages when Yellow Pages were important, but Yellow Pages are not important any longer. We've really reduced our reliance on Yellow Pages and have just gone down to a bold listing. We have put our marketing money into ISES, NACE, supporting the nonprofits and painting our trucks. So we knew when we changed our name, we wanted something unique that would not be copied again.

Q: What are the challenges and concerns when revamping a company's identity?

A: The first thing is your customers look at you and say, “Are you going out of business? Have you been bought? Is there something wrong?” It's just a matter of getting them over the shock, and you can only do so much of that one-on-one, so we're planning on taking 18 months to roll over 100 percent to the new name. We're changing our Yellow Page listing to “Marquee Events.” We're leaving “Austin RentAll Party” in there as a second listing because that phone book will be out from this coming December to the next December.

Q: What did the identity retooling cost?

A: We're going to replace the vinyl logos on the sides of the trucks, so we have to peel those off and put new logos over that, and that's about $1,000. We have five trucks that we have to do that to, and we can't just do that tomorrow. And then there's changing business cards, but that's really minor. We also developed a whole new family of Web sites, and now we have a full-time Webmaster that lives and works here.

Changing our name has really been a great marketing tool because people stop and listen to you, and you can sell to them without selling to them. You can sell to them by telling them what you're doing. It's almost like the “old Coke” and “new Coke” type thing.

Q: How has the market and the party rental business changed in Austin since you started in the business?

A: Wouldn't even recognize it. When I started in the business, the guy that I bought my United RentAll store from told me that what you do for party rentals is just pull up to the curb and drop it off the back of the truck and let the client take it from there. And when you come back, you expect it to be stacked on the curb the same way you did it. My eyes kind of rolled back in my head, and I said, “My gosh.” So there was an opportunity to add service. It's all about service now. So many people have tables and chairs. There's nothing innovative about tables and chairs.