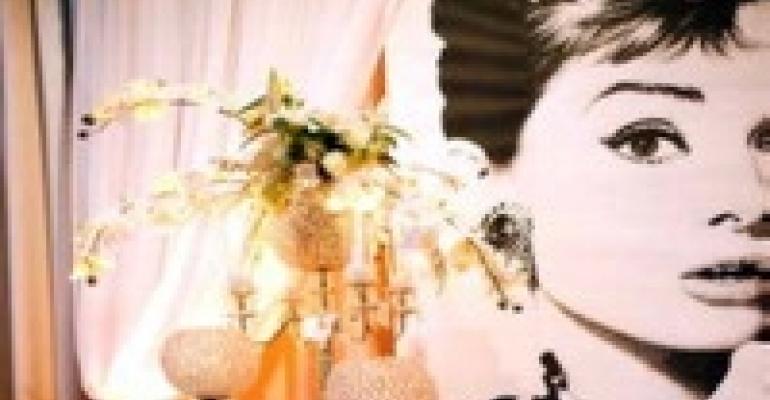 These three party rental companies all heard about the recession. But they decided not to participate. Here are their unique promotions to beat the business blues.

The management team at Cleveland-based L'Nique Specialty Linen Rental felt last year that they had had enough. As marketing manager Kim Boyer explains, “We were feeling the winter effects of our business, and I was mad because every networking event cost so much money.” So L'Nique created its own networking event, which was completely free to guests. The event was such a hit in 2009 that the team did it again — even bigger and better — this April.

Based on the “speed dating” concept, L'Nique recruited four local caterers, four decor companies, five cake designers and other event professionals including entertainers and beverage suppliers for this year's event and directed them to create four different “parties” in the L'Nique facility.

On event night, the 400 guests — a broad mix of event industry people and even some hospitality students — first visited a 60-by-60-foot pre-function tent, which featured a registration area, huge racetrack bar, candy station and flipbook favors. Guests were assigned to one of eight different groups; the DJ directed groups to attend which of the four “parties,” with the groups moving every 20 minutes. “We had a mathematical equation designed so that you would not attend the same party twice and would not be with the same people,” Boyer notes.

Boyer figures that her company probably invested $5,000 in the event, including labor, fabric and “mostly alcohol.” “We don't want to skimp here,” she says, “as this is party for people who put on parties.” But the payoff has been far greater, she says. Not only did L'Nique pick up new clients, “People are also asking if they can participate next year, and we don't even know if we are going to do it next year!”

The soul of the event, Boyer says, is building relationships. “We know we have a good product, but in this economic time when our competitors are beating us up on pricing, our clients are choosing us because of the personal feelings that they have with us,” she explains. “If our clients didn't feel loyalty to us, they would certainly use our competitor.”

When a tenant moved out of one of its buildings in 2008, Ventura Rental Party Center in Ventura, Calif., decided to make some changes. “We had grown and developed into a cutting-edge, professional special events company, and our showroom needed to reflect our product and the work we were putting out,” notes owner Heidi Whitcomb.

The result is a dramatic 2,400-square-foot showroom with a decidedly high-end finish, including warm wall treatments, honey onyx and stacked stone accents, stained concrete floors, and a copper and stone water fountain. “Being that we're in the ‘looking good’ business, we incorporated many different textures and elements in the design process,” Whitcomb notes.

A “design studio” area, separated from the showroom floor by its own doors, offers a quiet space for planners and clients to confer. The Ventura location has served as a convenient halfway point for Los Angeles-area brides to meet with planners for their Santa Barbara, Calif.-based weddings, Whitcomb notes. The design studio features a large credenza filled with samples; with the addition of a bar, the studio can also function as a cocktail lounge and has even served as a ceremony space.

The showroom has been a hit, Whitcomb reports. “We have had a surprising amount of social and business events hosted there, which is not something we anticipated,” she says.

And its impact has gone beyond its good looks. “We moved into the showroom in March 2009,” Whitcomb explains. “In this time of economic insecurity, it has been great to experience clients' psychological reaction and excitement to have a company growing and moving forward.”

Want to talk directly to the boss? At Long Beach, Calif.-based Choura Events, you can.

Ryan Choura, who serves as CEO of the combination rental, venue, catering and planning company, released his personal cell number in April, with the invitation for local party hosts to text him for advice on throwing great summer parties. The slightly tongue-in-cheek offer has been promoted through the Choura Events' PR company, social media and e-marketing.

Choura reports he has received “a lot of texts” — many just checking to see if the offer is genuine while others are clients calling with comments or looking for advice. “By no means has the response been overwhelming, but the best part is how surprised most people are when I actually respond!” Choura says.

The cell campaign has yielded business. When one caller asked about venues, “We went back and forth and ultimately decided that the Grand Long Beach Event Center would be a great fit for them,” Choura says. “They ended up booking their corporate meeting with us. It was simple.”