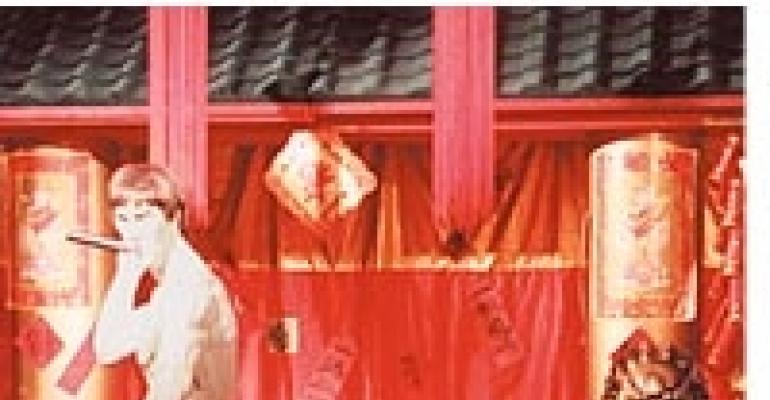 Putting On A Showroom

There's a first time for everything. And Lucky Morimoto, president of Tokyo-based Event Services, sensed it was time for Asia's first event rental showroom, which opened its doors in May. Morimoto, one of only two ISES members in Japan, has been producing events worldwide for more than 20 years. His company offers event production, entertainment and rental services. After years of collecting rental equipment, he decided it was time to properly display it — and a showroom was born.

SEE IT TO BELIEVE IT

The decision to set up a showroom was a long time coming for Morimoto. His event company is “one of the few one-stop shops in Asia when it comes to professional event planning and production,” says Dr. Joe Goldblatt, CSEP — a senior lecturer in the School of Tourism and Hospitality Management at Temple University in Philadelphia and one of the founders of ISES. Morimoto's business had him collecting rental pieces from all over the world. Originally, he placed his 3-D props, backdrops, games, lighting and sound equipment collected through the years in a warehouse, where they “were not stored nicely,” he says. Instead he wanted “to show them to clients, so they could visualize what they would be paying for.”

What clients see when they enter the 7,500-square-foot showroom are themed vignettes of tropical locales, Hollywood, the Wild West and futuristic worlds, which, along with Chinese-themed decor, are the top choices of local clients. Overseas clients often opt, not surprisingly, for Japanese themes. With this showroom, Morimoto reinforces his motto: “They say one photo is worth a thousand words. I believe seeing with your own eyes is worth a thousand photos.”

But the road through the rental business hasn't always been smooth. Morimoto says in the past, prosperous Japanese companies occasionally created props for one-time use at events instead of renting them. But these businesses have come around. “They rent from us because they are now aware rental is much, much cheaper,” he says.

And Morimoto remains unworried about showroom competition in Japan. Building his inventory was “a very time-consuming process, ” he notes. He doubts others are willing to invest the time because “we spent over 20 years to collect all these items!” he says.

A LITTLE HELP FROM FRIENDS

While Morimoto forges new territory in Japan, he credits his international colleagues for his success. He says working with American professionals from production com-panies, prop houses and entertainment companies has helped him develop his skills in the event industry. As he puts it: “They were — and are — my teachers.”

His “teachers” are just as kind when discussing him. Goldblatt calls Morimoto an “old soul” who respects the deep traditions of Asia. At the same time he is “always searching for the newest, freshest innovation” to share with clients. Because of this, according to Goldblatt, Morimoto is “the best of the best in Asia.”

Lucky Morimoto had a significant presence in Japan's event industry long before he opened his showroom. According to Dr. Joe Goldblatt, Morimoto was the first professional event designer and producer in Japan as well as the first to develop major themed events.

In fact, Morimoto is part of a nationwide movement in his homeland. Japan is the first country to establish an Institute for Eventology, set up in the early 1990s to evaluate and study the impact of professional events in the country, according to Goldblatt. Japan also has the Japanese Association for Creative Events, one of the first federal government organizations set up for the event industry, which provides professional training and certification.