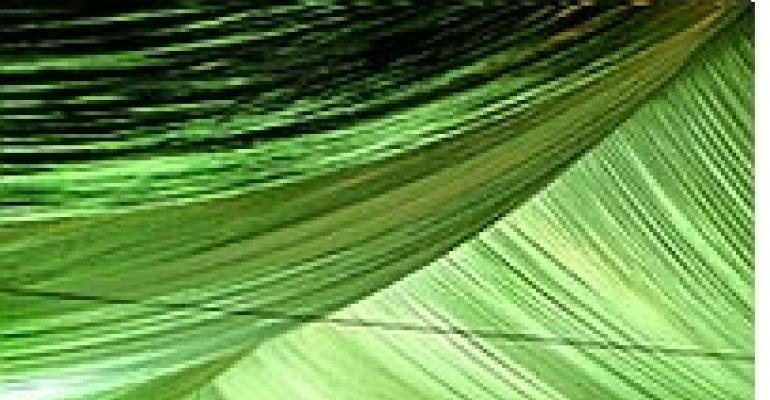 How do rental operators handle cranky customers, missing items and damaged goods? With quick thinking and a lot of grace.

EVERY CLOUD HAS A SILVER LINER

Lack of a tent liner turned one September outdoor wedding into a cause for quick thinking for A-1 Event and Party Rentals in Covina, Calif. The client originally requested a 40-by-80-foot tent and liner but changed the order two months later to a 40-by-100-foot tent with liner. While A-1 regularly rents tents, liners are requested far less frequently. “When [a liner] is ordered, it is more of an anomaly for our team rather than the norm,” general manager Albert Funfstuck says. A staff member noted the change, not realizing that while A-1 stocks 40-by-100-foot tents, it doesn't have corresponding liners. The dilemma was discovered the day before the wedding, and a salesperson contacted the client suggesting a return to the original order. “This was not an option,” Funfstuck notes. “The salesperson could sense the fear and the level of concern in the client's voice.”

So A-1 opted for an innovative approach to fulfill the client's request: five rolls of swagging fabric in a material similar to the 40-by-80-foot liner. The installation crew used the fabric to fill in the missing 20 inches — it was difficult to see the difference between the liner and the added fabric, Funfstuck notes. And Funfstuck kept the client in the loop during the process to keep concerns at bay.

In the end, the wedding turned out beautifully, the client was happy, and A-1 held a team powwow to keep the problem from cropping up again. “The topic of how to enter tent liners on a contract and what departments need to be involved was thoroughly covered in a staff meeting,” Funfstuck says.

WICKED WIND OF THE EAST

Mother Nature has her say at events, whether or not rental operators like it. For one September wedding, Celebration Party Rentals in Lee's Summit, Mo., provided several products, including a tent on loft poles. Unfortunately, “There was a wicked wind that blew in the night before the wedding” that damaged the tent, notes vice president Stephen Weaver. A hysterical bride complicated matters. “Our tent manager took a beating over the phone, and to his credit, he remained calm,” Weaver recalls.

But the situation could have been worse. “The tent was thrown around a good bit, but it was still standing,” Weaver says. The main issues were the damage to the tent top and the shortage of time — with a custom-built stage underneath, taking down one tent and putting up another wasn't an option. In the end, the solution was relatively simple: a complimentary tent draping. “It looked great and hid all the damage to the tent top,” Weaver notes.

Problems can just as easily pop up after the party is over. “The event takes place, everyone has a good time, and all seems right with the world,” says Larry Ott, general manager of Open Aire Affairs in Newtown, Pa. “The chaos starts a few days later when we pick up the items and discover items missing or damaged.” In one instance, a caterer contracted Open Aire Affairs to supply “the whole nine yards,” according to Ott, including flooring, liner, chandeliers, square tables and some decorative beverage basins that have become a hot seller for the company. “Everything went off without a hitch,” Ott says. “The client was delighted.”

But the beverage basins and some additional items disappeared once the party was over. To resolve the issue, first Open Aire called the caterer, then sent the company an e-mail, and, eventually, sent an invoice for the missing items. “The response was that they were never delivered, our company should take it off the rental invoice, not charge for the replacement, and how dare we accuse them of anything,” Ott recalls — a strange response because no one reported missing items during setup.

The resourceful Ott called the event photographer. The photographer sent him pictures of the event “with the basins in place and the same caterer standing behind one, taking a bottled water from it,” he says. Ott's next step was to reprint the image, attach it to the bill and resend the invoice. The outcome? “Payment was quietly received a few days later,” Ott says.

Damon Holditch, CSEP, CERP — president of Marquee Event Group in Austin, Texas — has dealt with his share of sticky situations. Here the rental veteran — in the business since 1985 — describes what experience has taught him.