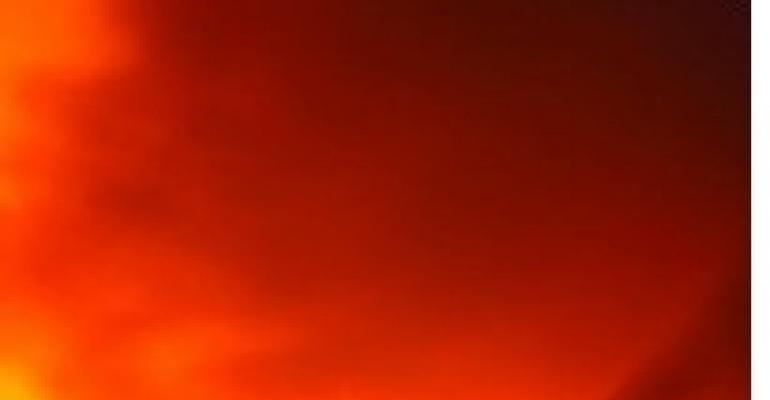 October's wildfires in Southern California scorched the landscape, stopped traffic and made local rental businesses scramble as they dealt with the fallout.

During the fires that seared roughly 500,000 acres in Southern California, local party rental businesses carried on for the most part — as much as they could. Still, many felt some financial burn from the flames. Huntington Beach, Calif.-based Pacific Coast Entertainment saw an outdoor concert canceled, while other parties moved to different dates or indoor venues requiring less rental equipment. But the loss was minimal: only 3 percent of projected monthly sales.

Apex Tent and Party in Santa Ana, Calif. — situated three miles from one fire — suffered a 25 percent decrease in business during the two-week period. “We first had to deal with the fire, but then it was the smoke and ash that were causing problems,” president Shane McAllister says. Philip Silverman, executive vice president and owner of Raphael's Party Rentals in San Diego, reports 70 percent of business was cancelled the two weeks during and after the fires.

The natural disaster didn't affect the bottom line of all local rental operators, but most felt its impact in some form. Kinetic Lighting in Culver City, Calif., saw no business drop-off during the disaster — but still had to subrent equipment from another company when a client couldn't return inventory from a fire-affected area in time for a second event.

Anne Lajoie-Harland — owner of Mission Viejo, Calif.-based Hydrangea Bleu, a floral shop that also rents vases, wreath stands and columns — had no rental business scheduled during the time the fires raged, but still felt their effects. During that time, “Business was almost non-existent — the type of days where you check your phone to make sure it's operating,” she says.

Some events went on with the show, but that didn't mean rental company trucks could get to them. Silverman notes that many roads were impassable, making events unreachable. And for delivery trucks that could make it to their destination, for many it took hours longer than usual. The fires “created a driving nightmare for the first few days because of the horrible traffic due to closed freeways,” says Ryan Steidinger, director of operation of Pacific Coast Entertainment. This ran deliveries and pickups way behind schedule. And Lajoie-Harland saw firsthand why one freeway was closed. “The ground was blackened right to the edge of the freeway,” she says.

Firefighters eventually contained the fires, but smoke still saturated the air, causing its own problems. Raphael's is situated just southwest of where the Rancho Bernardo and Witch fires raged, and while the building was untouched by the fire, Silverman shut down business early one day due to the amount of smoke in the air. “The whole county was literally blanketed with smoke and ash,” he says. “The ash sort of reminded me of snow flurries in the winter months.” Six of Raphael's employees were required to evacuate their homes while several others lived in voluntary evacuation areas and opted to leave their homes. Luckily, none of the employees lost property. A good 20 miles north of the Orange County fire, Pacific Coast Entertainment was in no danger, but employees completed work inside with the shop doors closed to avoid the smoky air.

Silverman says inventory problems resulted from the fires as well. He explains, “One client told us that he didn't know if his home was still standing and if our equipment was lost or not. He was spending the night in his truck near his neighborhood.” But life went back to normal eventually. “Luckily this gentleman's home was fine, and he called us later in the week to let us know that our equipment was safe and sound and ready for pickup at our convenience,” Silverman says.

Rental operators were happy to help as much as they could. Both the City of San Diego and the San Diego fire department contracted Raphael's to set up tents for firefighters as a resting station, and the company de-livered canopies to the centers where evacuees were housed, including Qualcomm Stadium.

A-1 Event and Party Rentals in Covina, Calif., was more than 20 miles from the nearest fire, and general manager Albert Funfstuck saw no negative effects on business. On the contrary, A-1 was tapped to supply tents, canopies and a structure to help house families and pets evacuated from California's Lake Arrowhead and Big Bear areas.

Disaster can hit hard, but a little preparation can ease the blow. Jerry Davies, director of media relations for Farmers Insurance in Los Angeles, provides valuable tips on how small businesses can brace themselves when disaster strikes.

Webinar - The Power of Live Events: How to Make Your Live Events Matter in a Digital World
Nov 09, 2017