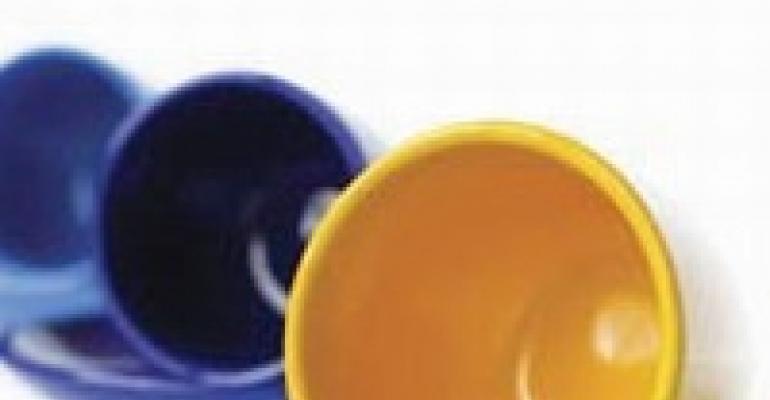 Rental Forecast '08: It's Not All Black and White

On the face of it, the event rental industry is looking forward to a good year in 2008.

A whopping 79 percent of respondents to the Special Events Magazine annual industry forecast say they will handle more events this year than they did in 2007 (see chart on page 40). This is the most optimistic forecast in the six-year history of the survey. Only 17 percent say they expect to handle the same number of events, and no one said business would be slower in 2008 than it was last year.

Despite this sunny forecast, many respondents point to clouds on the horizon. Worry over an uncertain economy, which had eased steadily since the first Special Events rental forecast in 2003, took a nasty jump this year; it is cited as a concern by 45 percent of respondents versus only 25 percent last year.

WAITING FOR A WHAMMY?

The year 2008 “could be a flat year for the party rental industry, particularly if we get hit with the double whammy of corporate and consumer spending pullback,” says John Moran, head of San Francisco-based 523 Capital. “During the recession in 2001-2003, the industry grew at a modest pace thanks to sustained consumer spending. It will be interesting to see if the consumer sticks around this time.” Formerly head of Los Angeles-based Classic Party Rentals, Moran and his new team acquired five party rental outlets in the Southeast last year, the latest being Event Rentals in Chantilly, Va., a deal that closed Dec. 31. “We have looked at financial statements of more than a dozen companies,” he notes. “Some of these potential acquisitions have strong balance sheets, and others could be challenged if the economy slows.”

The economy “is everything,” says J.P. Fritz, head of Lasting Impressions Event Rentals in Columbus, Ohio. “As long as corporate customers are making money, they will spend it. As long as consumers don't have to spend everything on gas, utilities and housing, they will continue to spend on parties.” Fritz reports that while his sales in 2007 were strong, “our profit margin has not kept pace due to increasing costs.” To make 2008 a better year, he plans to boost efficiencies and move into new markets. “We are also going to change our pricing structure, with higher prices and more discounting.”

Indeed, just over a third of respondents to the Special Events survey plan to raise prices this year, while a scant 6 percent say they will cut them.

ALL EVENTS ARE LOCAL

At press time, the Los Angeles-area event industry is nervously waiting to see if the ongoing writers' strike will crash the crowd of parties that surround Hollywood's awards ceremonies. Last month, the strike scuttled virtually all parties tied to the Golden Globe awards.

Sandy Sandoval, owner of San Bernardino, Calif.-based JZ's Party Charm, laments cost challenges. He predicts that shifts in economic policy in China — a major supply source for his business — will hike prices some 30 percent this year. But a bigger hurdle, he says, is the looming presence of Los Angeles-based Classic Party Rentals, which is pursing an aggressive acquisition strategy. (See sidebar on page 39.)

“With their financial size and huge inventory, it's a challenge to compete with them in maintaining our corporate accounts,” he notes. Classic is able to woo key staff members — and new account prospects — Sandoval says. “I lost accounts last year that we've been doing for years,” he notes.

In contrast, Minneapolis-St. Paul is prepping for the Republican Party's four-day national convention in September, leading Charlie Feldbaum to predict that his Edina, Minn.-based Apres Party and Tent Rental “is gearing up to have the best year in our 20-year history.” He acknowledges the change of rising costs — particularly for insurance. Even so, “We have not felt the need to hold down pricing,” he says. “And many times, we set the pricing for what the market will accept.”

Down in Texas, Damon Holditch, CSEP, CERP, founder of Austin-based Marquee Event Group, is also looking for a good year. “One hundred dollar-a-barrel oil has not slowed our event business and has not removed many drivers from the road,” he says. “The ranchers with oil wells are giving large parties for their children and grandchildren as they are married on the ranch. 2008 is a [U.S.] election year, and there will be money in the economy for events and celebrations.”

The rising tide of consolidation shows that event rental is a changing business, and successful operators will change with it. “It is no longer possible to do what you have done for the last 20 years,” Fritz says. “If you do, someone will be ready to eat your lunch.”

What are the greatest challenges facing your rental operation this year?

Increasing costs in the face of pressure to hold down prices

Consolidation of client base

(Figures have been rounded off. Totals may exceed 100% because multiple answers are possible.)

What steps are you taking to adapt to the event rental marketplace this year?

We are adding new inventory

We are pursuing new clients

We are increasing marketing efforts

We are adding additional staff

We are adding new services

We are raising prices

We are streamlining operations

We are adding new locations

We are cutting prices

(Figures have been rounded off. Totals may exceed 100% because multiple answers are possible.)

THE CONSOLIDATION QUESTION: READY TO ROLL-UP?

This news represents a maturation milestone in the industry. With the founding of Special Events in 1982 and ISES in 1987, many believe the professional special event industry is barely 25 years old. That sophisticated investors are chasing event rental companies shows “the financial market has finally realized there is money to be made in the special event rental markets,” notes Steve Kohn, president of Miller's Rentals in Edison, N.J.

Yet news about Classic's new coverage of major U.S. markets has left rental pros unruffled. Only 8 percent of respondents to Special Events' 2008 event rental forecast regard consolidation of the party rental industry as one of their greatest challenges this year, an even lower figure than the 9 percent who said consolation would be a threat in 2007.

“Classic is gobbling up huge chunks of business and will either emerge as a dominant force or will crumble from the sheer size of their operations,” says Michael Berk, president of Carol Stream, Ill.-based M&M The Special Events Co. But that doesn't mean he is complacent: “From what I have seen, they are bright business people, and the competition makes everyone work smarter.” Indeed, veteran rental operators see opportunities regardless of how Classic's roll-up plays out. “It remains to be seen if Classic has the management skills to bring order to all the large party rental companies they are purchasing,” says Damon Holditch, CSEP, CERP, head of Austin, Texas-based Marquee Event Group. “If they do, it will be good for the industry and profitable for Classic. If not, those who remain will gain market share.”

What do you predict in revenue from business/ corporate events versus social/private events in 2008 versus 2007?

How will the number of special events you handle this year compare with last year?

We will handle more this year

We will handle approximately the same number

We will handle fewer this year