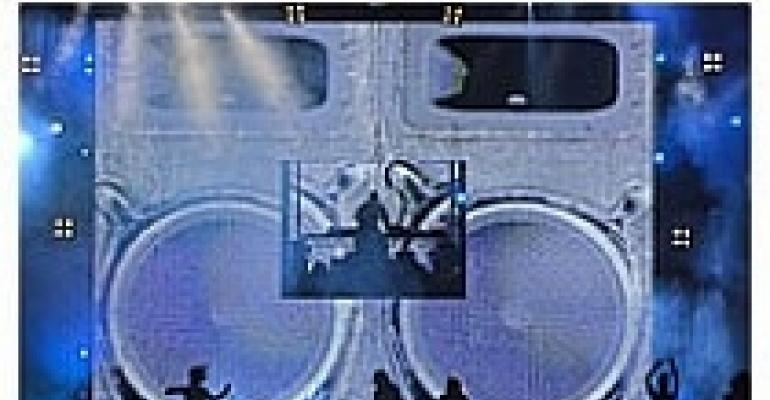 Even four hours of torrential rain on its first day did little to dampen the spirits of the 150,000 attendees at England’s Glastonbury music festival, which ran June 24-26 on farmland in Somserset.

The downpour submerged some 400 tents used by music-lovers to camp at the festival. Fire crews pumped 3 million litres (106,000 cubic feet) of water out of the area.

James Thomas Engineering (www.jthomaseng.com) of Worcester turned to its Pixel digital lighting line for architectural lighting of the “Pyramid” stage, where headliners the White Stripes, Coldplay and Basement Jaxx appeared. In “The Glade,” JTE used its new 21-watt PixelPUP fixture to internally light a 10-meter-diameter (33 foot) inflatable star, which served as a beacon to draw attendees to the area.

The festival was first held in 1970 on Sept. 19, the day after rock guitar legend Jimi Hendrix died. Acts that year included Marc Bolan and Al Stewart; the 1,500 festival-goers paid £1, which included free milk from the farm.

The next Glastonbury Festival is slated for 2007 to give the farmland a chance to recover, the BBC reports.

Webinar - The Power of Live Events: How to Make Your Live Events Matter in a Digital World
Nov 09, 2017