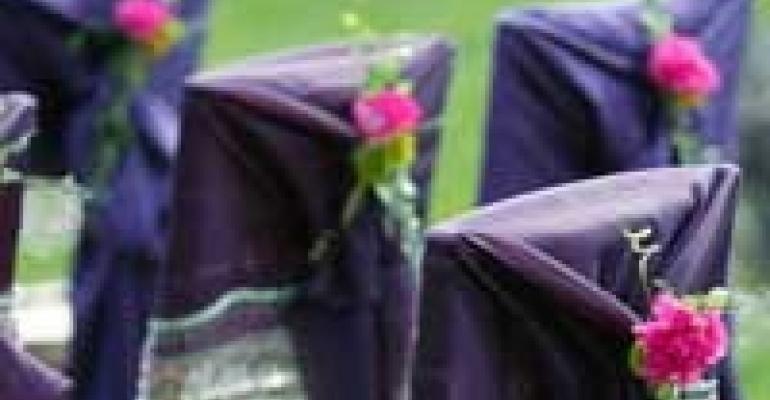 When the client — who might well be your boss — insists on a well-worn theme, don't despair. A clever spin takes puts new spark into old standbys.

The traditional Hollywood theme is getting a dose of reality — television, that is. For a recent corporate awards program, Greg Jenkins of Long Beach, Calif.-based Bravo! Productions tuned into his TV to create a “Reality Bytes” theme, which featured vignettes from such reality-show mainstays as “Jersey Shore,” “Top Chef,” “Real Housewives” and “Shark Tank,” plus a stage combining design elements from “America's Got Talent” and “American Idol.” Jenkins credits the event audience demographics with the creation of this “new Hollywood” theme. “The audience was primarily sales and marketing professionals in their 20s, 30s and early 40s,” Jenkins says, noting that reality TV targets the same groups. “For them, this theme automatically replaces the traditional ‘Hollywood movie premiere.’” Yet, for those who still think of the silver screen when they hear Hollywood, Jenkins suggests a simple name and location change to mix things up, such as Cannes or Sundance. “You can still have all the glamour of the movies and a red-carpet entrance, but in a themed locale other than Hollywood.”

GETTING OUT OF THE HUT

As a Florida-based event designer, Stefanie Berry of Showorks has seen enough tiki huts. “Florida is well known for its tropical- and beach-themed parties — typically with traditional tiki huts and tons of tropical foliage and flowers,” she says. “We put a new, contemporary spin on the tropical theme by incorporating neon spandex umbrellas, brightly colored long-stem roses, contemporary palm trees made of internally lit truss columns topped with real palm fronds, and a bright yellow acrylic walk-through sun entrance, which becomes a vibrant, internally lit focal piece at night.” Equally popular are traditional beach parties, for which Berry will have guests sit on bamboo mats around low tables for a sunset soiree at the beach. “If it's indoors, we'll hang pool floats from the ceiling and create columns out of beach balls.”

A different location can also easily update a beach theme, adds Jenkins. “Take the traditional beach or tropical theme and create it around a hip, popular tourist destination, such as Phuket, an island in the south of Thailand,” he says.

IT'S A JUNGLE OUT THERE

“One way to shake up an old theme, such as jungle or safari, is to take old inventory and put it into a different visual context,” Jenkins advises. “Why not create a totally different kind of jungle — ‘an urban jungle’ — where you design your sculpted elephants, zebras and rhinos into an urban environment, with high-rise buildings and cityscapes.”

For those wanting to stay closer to a safari's African roots, New York-based designer Shawn Rabideau suggests mixing the traditional with the nontraditional, which is what he did for the floral design at an African-themed wedding. “I used very traditional round glass and copper containers with unconventional accents. And rather than use a lot of flowers, I filled the containers with grasses and other natural elements to stay true to the African environment.”

Sheree Bochenek of Edina, Minn.-based Apres Party and Tent Rental tends to avoid props altogether, especially when it comes to the ever-popular Mardi Gras theme. “We tend to steer away from props and instead reflect themes in a more subtle way,” she says. “For example, rather than defining Mardi Gras with masks and trinket beads, we'll use purple, green and gold colors in our lighting and linens, but reflect more of a bayou feel with the decor by using branches, hanging moss, floating leaves, and a ground-level fog machine.” And what to do with all those Mardi Gras masks? “Repurpose them,” Jenkins says. “Add a different body and fabric to oversized Mardi Gras heads to create unique puppets that can be integrated into a variety of themes.”

There isn't a lot that is older, or more classic, than an entrance walkway lined with Roman columns. But the traditional column got its glow on thanks to Los Angeles-based Air Dimensional Design and San Francisco-based designer Robert Fountain. For an event at an animation studio, a long pathway leading from the parking area to the event was lined with sleek columns glowing with internal light. The effect was a dramatic — not to mention safety-minded — start to the party.